It's all about trust with Steelers LT Marcus Gilbert

One issue or another has picked away at the large posterior of the Steelers' would-be left tackle. Marcus Gilbert brings up the concept of trust, which begs the question of how much the team can have with Gilbert.

Share All sharing options for: It's all about trust with Steelers LT Marcus Gilbert

Steelers left tackle Marcus Gilbert says it himself, in a feature by Post-Gazette reporter Ed Bouchette.

It's all about trust.

Can the Steelers trust Marcus Gilbert?

Despite Bouchette's questionable statement that former Steelers LT Max Starks could have been considered the team's best offensive lineman in 2012, the reality is they haven't had an outstanding performer at that spot in while. If Gilbert was considered the heir apparent upon being drafted in 2011, each season seems to have started off going in a different direction.

Markus Wheaton catching passes late in an effort to catch up 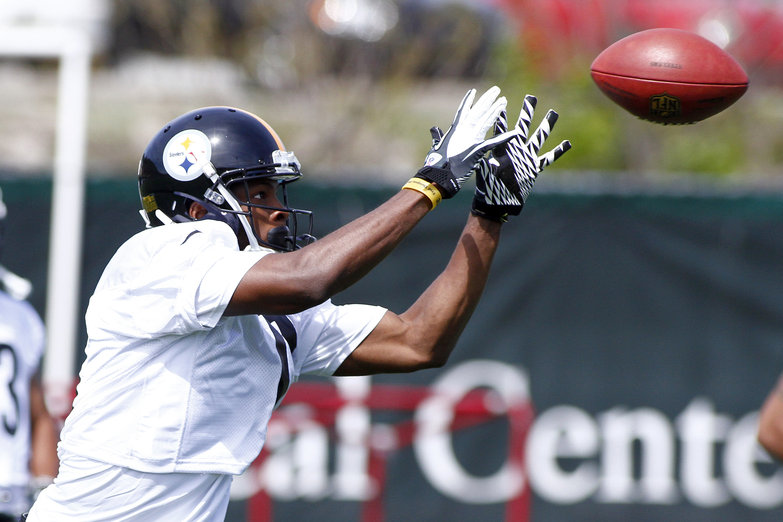 Steelers rookie wide receiver Markus Wheaton is catching passes after practice, and working to get himself up to speed after getting little team practice in this offseason.

It didn't seem like Gilbert took well to the idea he would play a second season on the right side in 2012. The team drafted Mike Adams in the second round, and declared it would move Willie Colon to left guard. After a sluggish start to the season (that included being knocked into two teammates - David DeCastro and David Johnson - causing significant knee injuries), Gilbert would eventually suffer an ankle injury that was more serious than initially reported. He tore tendon away from the bone, and it led to his placement on Injured Reserve.

Most recently, Gilbert raised eyebrows when he was filmed laying on the ground after completing his conditioning test Friday on the eve of training camp.

Clearly, the knee jerk reaction is he isn't in shape. Not that finishing the series of 100 yards timed sprints is easy in and of itself, but the message it sends is it took everything Gilbert had to finish the mandatory test.

Gilbert would later say his "body was cramping" (no specific area, mind you, his entire body began cramping in unison), which seems like a generic explanation for a plausible ailment.

But that whole "trust" thing comes back into play. When you haven't built the capital to earn any benefit of any doubt, you're going to get questioned over things, especially of this nature.

Gilbert told Bouchette, "The quarterback has to trust me. If he doesn't have your trust and he doesn't trust you, I wouldn't be in the position I'm in right now."