Looking at who's most likely to make the team provides some insight behind who is on the fringe as training camp gets back underway today.

The Steelers defense looks to employ several new faces in 2013, and many of those players are jockeying for depth chart positioning.

Position-by-position, there are a few obvious locks right now, clearing up the picture of where the battles are going to take place as training camp progresses.

With Alameda Ta'amu on the PUP list, it's hard to suggest he's a lock; he hasn't been on the field yet. Upon his return, his chances increase, obviously, but he can't be considered a sure thing right now.

It's a stretch to suggest veteran Brett Keisel won't be a part of the Steelers in 2013, but his cap number ($4.9 million) only puts $1.675 million of dead money on the cap. It would save the Steelers $3.225 million. It's hard to ignore that. While it seems likely he will reaffirm his value in camp, maybe the point is more Keisel's spot remains safe with each day Heyward shows he's still not ready to start. 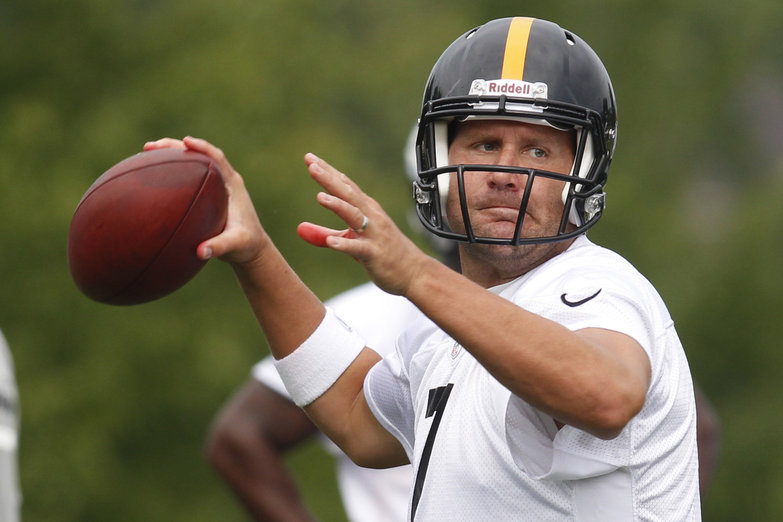 Offensive players most likely to make the final roster.

Still, Heyward and Hood are relatively cheap, as is veteran back-up Al Woods. It wouldn't be a shock to see the Steelers dig into the free agent market a little bit along the defensive line.

The name to watch here is Chris Carter. He's failed to establish himself as a legit depth option in two years with the team. He could be beaten out by an up-and-comer, same as Stevenson Sylvester (moved from inside to outside linebacker by the coaching staff). Training camp will point to whom that may be.

Marshall McFadden is on the cusp of this group, partially because of the impression he's left on the Steelers over the last two years and partially because there just isn't much competition. Vince Williams seems more practice squad-bound, and depending on how many linebackers they plan to take (special teams factors in big here), it could be the most open-ended position on the team.

The top three is set without much debate, but Curtis Brown, Josh Victorian, DeMarcus Van Dyke and Terry Hawthorne could all battle for the remaining roster spots. Special teams, just like the linebackers, will be the difference between the ones cut and the ones making those final spots.

There can't be more than two additional safety positions available, and two may be a stretch. DaMon Cromartie-Smith may be the odd man out in this group.