Signs of the NFL Apocalypse

The portents are there, for those willing to see them; sickness, lawlessness, the rise of a charismatic NFL anti-Commissioner who is a great talker. The Mayan calendar may have been a bit off in predicting the End-of-the-World, but Heed ye fans of real football, the beginning of the end of the game that we know and love is nigh…

Share All sharing options for: Signs of the NFL Apocalypse

First there came the charismatic red-headed leader, a man who beguiled the aging nobles of the NFL and curried favor with many of the younger, less savory owners to rise to power as leader of the NFL;

Following his ascension came wave after wave of sickness. Multitudes of former NFL players claiming to be stricken with illness banded together to file suit, seeking a portion of the billions the NFL earns every year as compensation for the alleged injuries they suffered engaging in the sport-profession they chose to pursue, while claiming they knew not the possible risks of the contracts they signed. 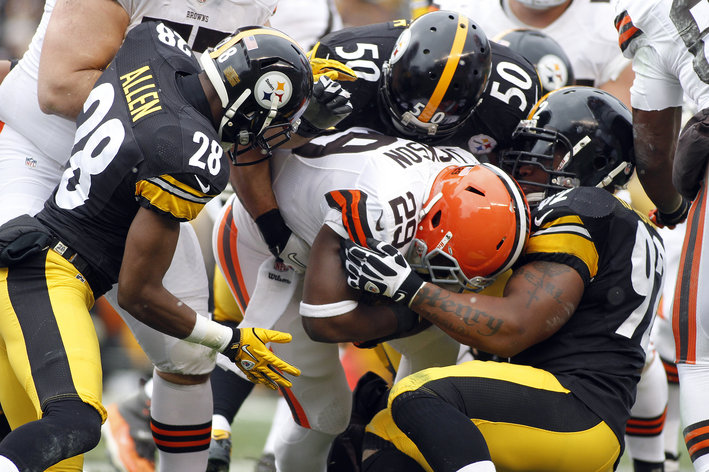 BTSC's Paper Champions explains how the Steelers, and other teams in the NFL, can counter today's spread offense.

Then came "wars on a global scale", neighbor versus neighbor, families torn asunder as the rise of Fantasy Footballers swept across national boundaries, creating a billion dollar constituency from which the anti-Commissioner found monetary benefit and power to curry favor from; fantasy football, with its reliance on the statistical performance of individuals to the detriment of the concept of team, of family; an activity that threatens to make fans' allegiance to a band of brothers gathered in unity underneath a common hypocycloid symbol secondary to the aggrandizement of the individual.

Then we came to find ourselves besieged with reports of lawlessness throughout the league; within a week of each other, two players have been charged with murder, and since the Super Bowl 27 players overall have been arrested for various infractions of the law. The rate of arrests and incidences of violence involving NFL players is reaching such levels that it is attracting the attention of non-football following peoples and stories about this crime spree becoming commonplace in a cross-section of media outlets, ranging from the Socialist Worker Online to Rupert Murdoch's News Corp.

And the most disturbing sign of the impending apocalypse has just been discovered. The Jaguars have announced they are considering broadcasting the anti-Commissioner's fantasy football equivalent of Soylent Green, the NFL RedZone, in their home lair of Jacksonville, during games.

The anti-Commissioner is not content with the level of tribute he collects from the followers of the NFL for the right to own jerseys bearing his mark and adorned with false idols and made by the toils of underpaid workers in sweatshops; nor is he content with collecting on behalf of those who put him into power the exorbitant charges a fan must pay to temporarily visit the sports temple of their choosing.

No, the anti-Commissioner has convinced this unwary owner to trade his team's soul for whispered promises of riches and sell-out crowds by allowing into his stadium the siren song of the Fantasy Football Beast to mesmerize the hapless few fans who normally attend Jaguar games with the glitter and glamour with which the Fantasy Beast adorns itself, hiding behind the false imagery of strobe-like flashes of scoring plays, amputating from the games all of the drama building, legend-making action and plays that gave us John Elway's "The Drive" as the Denver Broncos defeated the Cleveland Browns in the 1986 AFC Championship game, or Johnny Unitas' drive against the Giants in the 1958 Championship game, or Ben Roethlisberger and his near legendary drive against the Arizona Cardinals in Super Bowl XLIII, leaving only the premature, out-of-context climaxes, inciting into otherwise listless and uninspired Jaguar fans feelings of cheapened orgiastic pleasure while they watch the anti-Commissioner's soul-sucking, attention-span-destroying evil that is Fantasy Football's base nature on large, gaudy display boards instead of the action on the field, which presumably is what they bothered to buy the over priced tickets for in the first place.

Pouncey was with Hernandez night of shooting in 2007 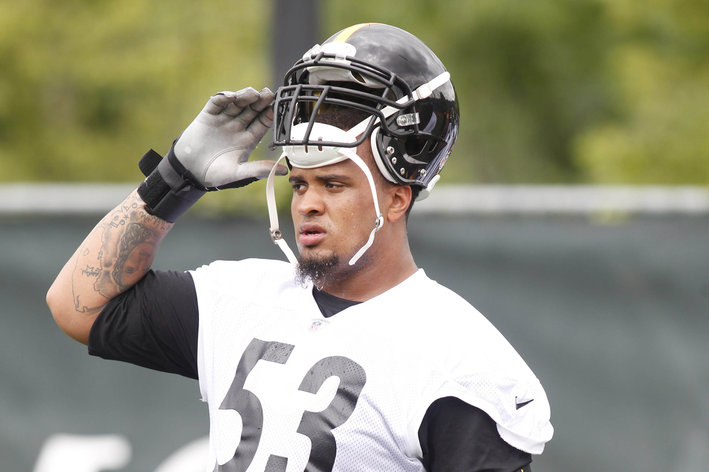 Steelers C Maurkice Pouncey was with Aaron Hernandez the night two men were shot outside a Gainesville nightclub. Police are investigating whether Hernandez was the shooter.

Of course it would be the Jaguar, symbolizing in Mayan culture the ruler of the Underworld and as such a symbol of the night sun and darkness, that is the first to succumb to the succubus nature of the anti-Commissioner; first he guiles them into becoming his international emissary, aiding him in spreading his false gospel of "sport" to other countries; now the once proud Jaguar is incrementally being subverted into becoming an advocate for the incessant and mindless following of the corrupted version of football that is most desired by the anti-Commissioner and his purveyors of Fantasy.

Be Warned, you faithful followers of the righteous few symbols of what once made football great; take heed that the form of the game that instilled in you the Spirit of brotherhood and teamwork; the game that praised unity of effort and self-sacrifice by the individual for the greater good of the team is at risk.

The signs are there; the first seals have been broken, and the soul of our game is at risk; unless we stand together against the rising darkness being brought forth by the anti-Commissioner and his Fantasy Beast, the apocalypse that these signs portend will soon befall what was once the just and great game of football.