The Steelers saw another woeful special teams performance as well as far too many penalties, but the re-emergence of Cortez Allen and the battle for the Steelers' 5WR spot brings some optimism.

Share All sharing options for: 5 things we learned in the Steelers loss to the Chiefs in Preseason Week 3

It doesn't require much explanation, and even Steelers coach Mike Tomlin seemed miffed as to what needs to be done to fix it. The Steelers have 243 yards of penalties in three games. As Tomlin said, though, they're running out of time before the pain really starts.

The offense took a good step forward in this game (minus the penalties, of course) after a poor showing against Washington in their second game. The special teams has now become the anchor of the team. Plain and simple, allowing the block of even a 52-yard field goal drags down a team's production. Whether that was Suisham hitting it too high in an effort to muscle up or blockers simply not executing, it's another instance in which the special teams failed. No worries, though, they only allowed 109-yard kickoff return for a touchdown too. 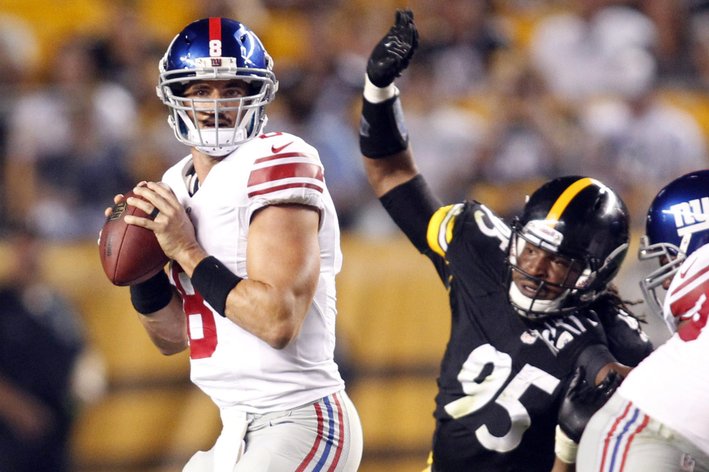 No longer "inconclusive" and now a definitive "negative."

On the play that resulted in his injury, Jones dropped back into coverage, showing the confidence the Steelers have in using him as more than just an edge rusher. He has a good awareness of his zone, and glides over to where the ball was thrown. It was an aggressive mistake, if a mistake at all, by Steelers cornerback Josh Victorian, but Jones saw the play happening, and benefited from a tipped pass right to him.

His injury looked plenty painful, but not as bad as the pain the team will feel if he is, indeed, out for an extended period of time. It appeared as if he was tackled onto the ball. Taking no chances, the Steelers took him to the hospital Saturday night after the game.

If the Steelers don't have any depth after Markus Wheaton and Jerricho Cotchery, no one told Moye that. A tough and rugged performance Saturday has to give him the inside track on the Steelers' 5th WR position, and that's despite another patient-and-explosive return performance from Reggie Dunn.

Dunn has only had a handful of opportunities to make returns, but hasn't forced the issue, either. He's caught everything he's had a chance to catch, and he made another solid return Saturday. His biggest issue is the possibility of Felix Jones showing some life as a kick returner, putting another veteran returner in the fold. It may be too much for him to overcome, but it wouldn't be a surprise, if the Steelers do cut him, if he gets picked up somewhere else.

Depth in the Steelers' secondary was a valid question entering the preseason, but even with the extended time missed by Allen, he showed he's on the brink of having a big year in Pittsburgh. While he did miss a tackle early in the game, he played with little rust and showed he hasn't lost any ground.

He racked up six tackles, and looked more like a safety in run support than a cornerback. It won't be easy for teams to throw against the Steelers, and with the rash of takeaways the defense has been forcing, Allen may become a household name sooner rather than later.