Redman will be held out for precautionary reasons on Thursday, as announced by coach Tomlin on Tuesday. Despite only carrying the ball twice in the preseason, the team is comfortable with what he is capable of.

Evidently fans are not the only ones enamored with Isaac Redman. Head coach Mike Tomlin announced on Tuesday Redman will miss his third straight game to give the remaining healthy backs chances to earn jobs.

Redman took the first two carries in the first preseason game against the New York Giants, which will represent his total body of work as the team prepares to make their final roster decisions on August 31st. With Redman out for 'precautionary reasons' and Le'Veon Bell continuing to nurse a sprained foot, the carries will be split between LaRod Stephens-Howling, Jonathan Dwyer and Felix Jones.

"Obviously, we've got a lot of backs that we need to sort through.", said Tomlin during his press conference Tuesday. "We know what he is capable of, so we're going to look at some of those others."

Stephens-Howling has been recovering from a sprained MCL, but continues to look like the prime candidate for the third-down back spot. Jones was the team's leading rusher in yardage with a four yard edge over Dwyer against the Kansas City Chiefs in the last game, but had only been with the team for less than 24 hours prior to the contest.

One name not mentioned by Tomlin was undrafted rookie Alvester Alexander, who seems set to be the team's practice squad back should they choose to keep one, unless someone more desirable becomes available along the waiver wire. 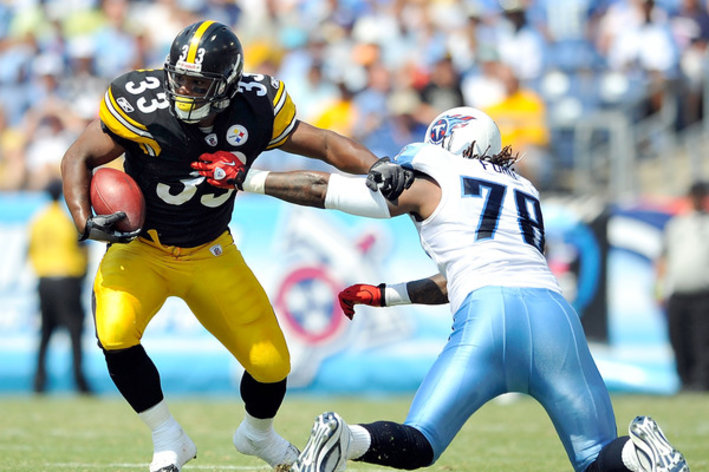 Breaking down why Redman should start ahead of Jonathan Dwyer, while Le'Veon Bell is out

The confidence expressed by Tomlin in Redman seems to leave room for speculation toward his roster spot being almost guaranteed, despite missing three games to a shoulder stinger, the same injury suffered by Baron Batch in the second preseason game. Batch returned to the field in Week 3, but was released the following day.

It is unknown exactly how many backs the Steelers will keep on their final 53-man roster, but Stephens-Howling, Dwyer and Jones know they will need to outperform their competition to keep their names as relevant in the minds of the coaching staff as Redman has with only two carries.