A somewhat surprising move, Dwyer, the team's leading rusher in 2012, was released.

The Steelers have released 2012 leading rusher Jonathan Dwyer, according to the team's web site.

While the amount of yards he gained - 623 - wasn't huge, Dwyer was given $1.3 million in restricted free agency. That, likely more than anything else, led to his release Saturday. 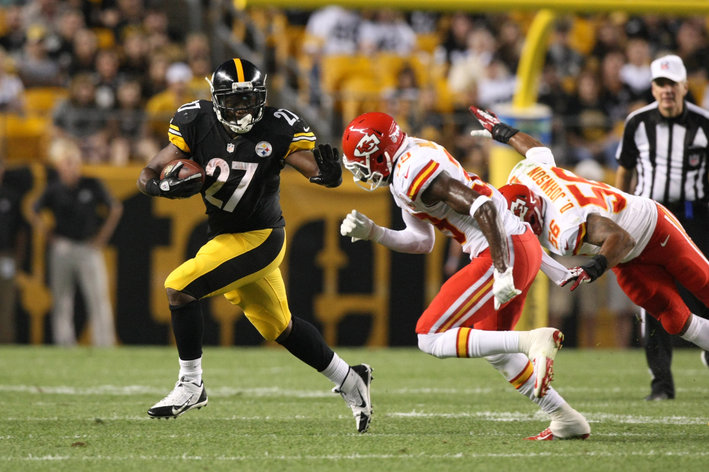 GIF breakdowns of why exactly he's a hot-and-cold runner

Dwyer was a hot-and-cold runner in Pittsburgh over the last two seasons. A 6th round pick in 2010, Dwyer had weight issues earlier in his career but eventually showed he was capable of running in the NFL.

It just didn't happen all the time. He seemed to struggle with his vision in reading blocks and creases, but had shown he might be able to improve.

Apparently, it wasn't enough. The Steelers released him, presumably in favor of Isaac Redman and recently acquired Felix Jones - both of whom made the team.

The Steelers announced the release of Dwyer and 21 other players Saturday in wake of their first regular season game Sept. 8 against Tennessee.