Velasco, the multi-faceted interior lineman, instantly becomes the most important player on the Steelers roster.

Fernando Velasco is probably happy to have a job.

Being given the responsibility of replacing Steelers center Maurkice Pouncey after a game in which Pittsburgh was thoroughly dominated up front may not be his ideal scenario, though.

His career path is oddly similar to Steelers left guard Ramon Foster - both were undrafted out of the SEC, Foster out of Tennessee in 2009 and Velasco out of Georgia in 2008. Velasco, though, spent two years on the Titans' practice squad, before eventually starting in all 16 of the team's games in 2012 - three starts at left guard after making 12 at center. 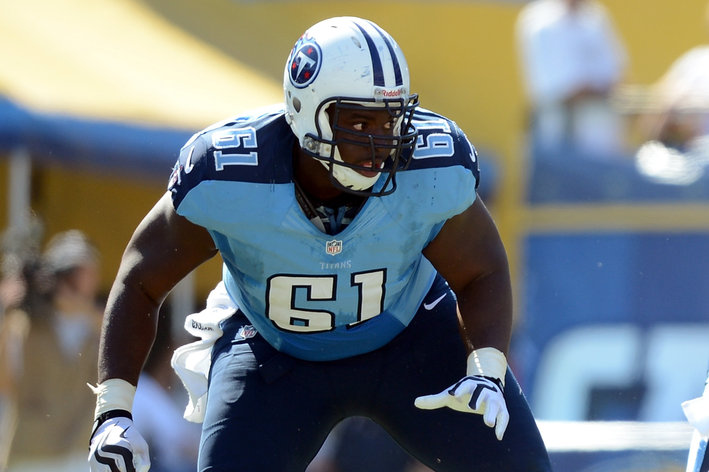 Injuries crushed the Titans' line last year, but Velasco wasn't entirely the reason for that. He likely is out of position as a guard, which will matter very little to the center-less Steelers. Filling in for Pouncey isn't going to be an easy thing to do, but at this point, Velasco has the opportunity to step in and become this team's MVP.

According to his bio from the Titans' web site: "In 2010, Velasco started a foundation called Right C.H.O.I.C.E.S. which is an acronym for Christ Humility Opportunity Integrity Character Education and Success. The foundation sponsors a free camp for kids age 8-14 in his hometown every summer. More than 200 kids attend the camp each year."

Seems like another character kind of guy, and the workmanlike manner in which he came to be the team's starting center is equally encouraging. The main issue here is simply how out of tune the Steelers offensive line looked. While we've reset the meter counting the amount of games in which the same Steelers offensive line starts from one game to the next, the addition of Velasco - and his ability to get up to speed with the Edsel-like offensive line in Pittsburgh - may be the reason the Steelers' 2013 season falls apart or is saved from impending doom.