Maurkice Pouncey out for the season after ACL and MCL tear

The Steelers will be without their All-Pro center for the 2013 season.

Share All sharing options for: Maurkice Pouncey out for the season after ACL and MCL tear

Reports have confirmed what was the general assumption; Steelers center Maurkice Pouncey will have season-ending knee surgery.

Pouncey done. ACL and MCL surgery for him and Foote biceps

Bouchette's tweet goes in line with what Steelers coach Mike Tomlin said after the Steelers were defeated 16-9 by the Tennessee Titans in the regular-season opener. 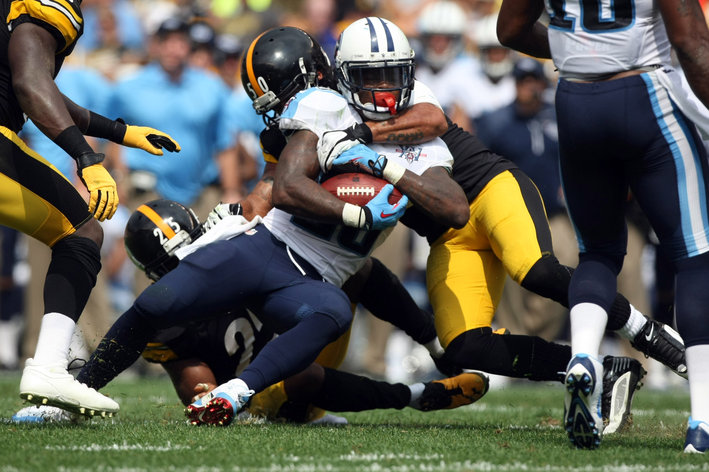 The Steelers' signal-caller on defense will need surgery, and is likely done for the year

Pouncey went down just four minutes into the game, rolled up on by right guard David DeCastro. The Steelers' offense had arguably its worst offensive performance in the last decade at home, and part of the reason could have been the absence of Pouncey.

Kelvin Beachum replaced him - the converted offensive tackle actually had started the game as the team's second tight end. Those plans quickly changed as Pouncey clutched his right knee in obvious pain after a gruesome sight.

The Steelers were again ravaged by injuries, and Tennessee manhandled their offensive line in the victory.