2014 Senior Bowl: A breakdown of prospects to watch

After a week of practice the top rated Senior players are about to compete on the football field. Prospects have risen greatly due to their play in this game and it will likely be no different today.

Share All sharing options for: 2014 Senior Bowl: A breakdown of prospects to watch

A week's worth of practice against the best college seniors in the country culminates in Saturday's Senior Bowl game (3 p.m. ET Saturday, NFL Network).

This is a list of the players who stood out in practice this week, and the ones to keep an eye on in the game.

Ra'Shede Hageman is a beast 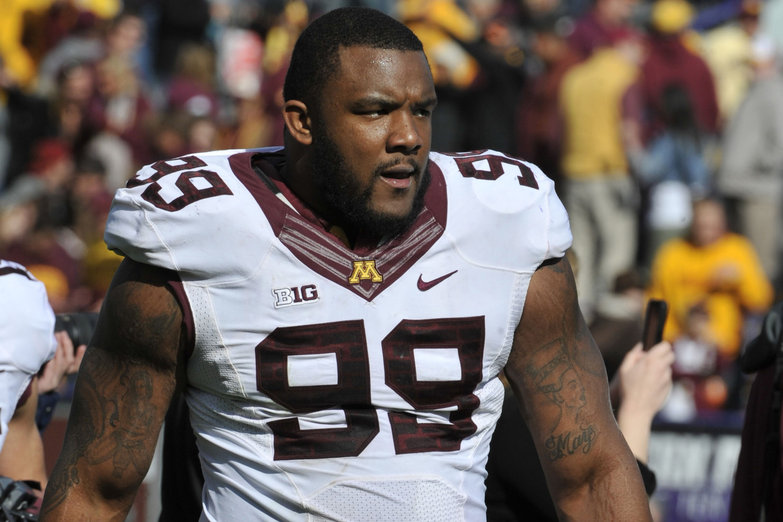 The large Golden Gopher has drawn the attention of those watching the practices because of his physical size and impressive get off from the line of scrimmage. He has also had observers asking why he wasn't more dominant. Still when Hageman flashes his potential it is a excited moment to watch. Hagemen has lined up at  the three technique for most of the practices look for him there in the North's rotation

On his 2013 game tape Ellis is a massive player. Weighing in at 352 pounds he played with heavy and powerful hand technique while showing an above average first step. At that weight he struggled to move. Now nine pounds lighter the small school prospect has impressed with his strength, levergage and suprisingly quick move. He was causing piles on many plays in the team drills throughout the week. Ellis lined up at the three and one techniques in practice.

The North team has some big defensive backs on their roster. While no one really stood out the just over 6-foot-1 195 pounds Desir was beaten the least.  With nice length having 32.75 inch arms and good body control Desir is just the type of CB the Steelers like to develop in their system.

In a poor safety class Jimmie Ward could easily be the best on the 2014 prospects. He has quick feet and can cover in the slot as well as play deep coverage. He has good vision and doesn't shy away from contact. The North coaching staff of the Falcons used Ward all over the field in the week's practices and look for the 5-foot-11 safety to make an impact in both aspects of the game.

While Buccanon didn't draw as much attention as Ward did from observers his blend of size and athleticism is more than intriguing. Bucannon isn't afraid to be physical in the run game and shows good awareness in zone coverage top be a factor.

Prior to the week of practices I though Martin had the perfect skill set to be an All-Pro interior linemen. He displays good short area burst, nice pad level and amazing balance and core strength. During this week's practices Martin has been proving to scout he might be able to remain at tackle in the NFL. Aside from Aaron Donald no other North player has had a more impressive week then Martin.

Jean-Baptiste is a large corner at over 6-foot-2 with over 32 inch arm length his is also a former college WR so the Riichard Sherman comparisons are inevitable. He is also not the best athlete in the game. While he may be better suited for press game the Senior Bowl will test Jean-Baptiste's ability to move and react in space. If he does well he could see his stock jump because of his rare length.

It won't be hard to miss the physically imposing McGill. At 6-foot-3 with 33 inch arm length he towers over most defensivebacks. McGill has seen time at both safety and corner in his collegiate career. While not looking horrible in the movement drills in practice this game will go a long way to deciding where he will fit in to the NFL.

Davis has very good quickness and runs routes well. The match up between the 6-foot WR with 32 inch arm length and the tall corners of the North team is going to be an interesting one. Davis burned many of the Souths DB in one-on-one drill but just like on his game tape he was inconsistent with pulling the football in for a catch.

Jones is an athlete on the football field. At 6-foot-4 and 234 pounds he has surprising quickness and great length with almost 33 inch arms. He was used at the 4-3 Sam, Will and even as the LE for Florida State. At this point he is a better athlete than player but it will be interesting to watch Jones back at his natural LB position to see how he plays against the run and pass.

Jordan Matthews is not a one-trick pony 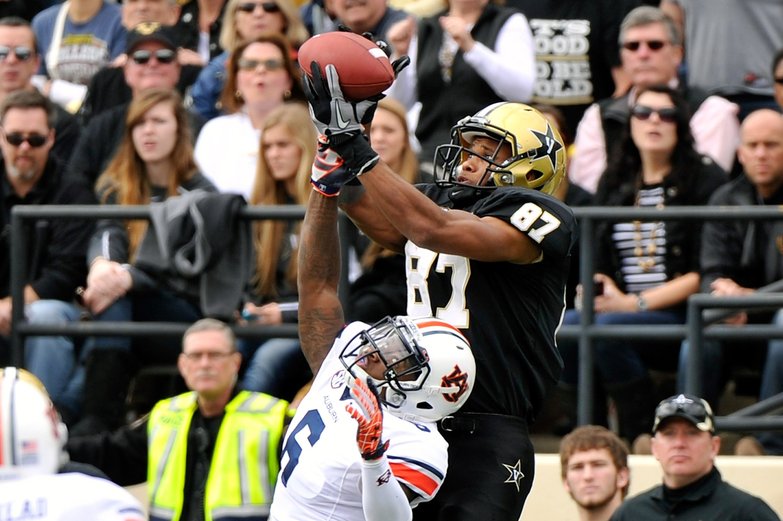 Matthews' size and collegiate production make him a viable high-round option in the 2014 NFL Draft.

Not much else can be said about the SEC leading receiver. Matthews is the best WR on the field on paper and steadily improving each day he looks poised to show it on the football field. Look for Matthews to be a favorite target of Derek Carr as the two have worked out after practice every day of the week.

Ford is likely the best pass rusher in Mobile. He looked impressive in practice but his 6-foot-2 240 pound frame will be too light for him to stay as a 4-3 DE in the NFL. Since Ford is listed at a DE look for him to be showcasing his pass rushing skills in this game. His match up against Zach Martin of the North team who is also the best offensive linemen in Mobile will be fun to watch.

Lynch isn't a flashy TE. He isn't going to run by his defender and he certainly isn't a match up nightmare. What he is is a tough hard working football player. He is a good blocker in the run game and knows how to use his 6-foot-4 and 1/2 inch frame to keep the defender away from the football. He also possess large hands and catches the ball well. I look for lynch to have a good game.

It won't be hard to notice McCullers when he gets on to the football field just look for the Redwood that can walk. McCullers is a massive human being at just under 6-foot-7 348 pounds. He has long arms and the strength to not be moved off the ball. The things that are hold McCullers back from being a top draft pick is his pad level when playing and his limited movement skill. If he can answer those concerns he becomes an incredibly attractive prospect as a 3-4 NT.

Check out the broadcast schedule and full rosters for both teams here.