BTSC contributor Rodney Ketterlen is watching the 2014 NFL Scouting Combine and offers his unique perspective on the prospects participating in each drill. He introduces the Third Step Theory, with some modifications from its original form.

Editor's Note: Rodney Ketterlen is an experienced football scout who is providing BTSC with analysis and explanation of the events taking place at the Combine in Indianapolis. He will be filing reports all weekend, and has a few features explaining different athletic and athletically-related drills.

Readers of BTSC got a feel for my background in my "Real Guide to the NFL Draft" post earlier today. Now, we're going to use some of that insight.

Bitonio is the classic example of a "straight foot" guy. His 4.91 40-yard dash time will land among the leaders at the Combine for his position, and the straightness of his foot on the ever-important third step is a big part of the reason why.

Real Guide to the NFL Draft 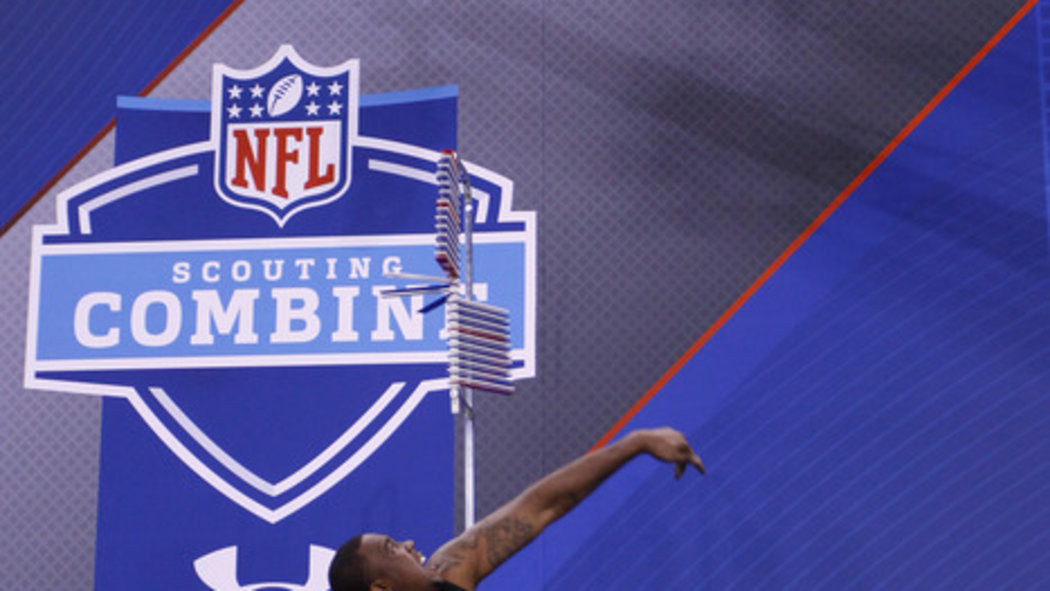 My grandfather, Darrell Ketterlen, was a pioneer in scouting techniques. He was a big believer in the Third Step Theory - without the technical mumbo-jumbo, the essence of that theory is the third step a runner takes is the most crucial because it's the point when the runner's body is moving forward with nearly 100 percent of its potential momentum, and the direction in which it's pointed will largely dictate the path he will run.

In football, it's even more important. Gramps always said "anywhere that matters on a football field, you get there in three steps." His adaptation of that theory adds that component. The player will be his most useful by that third step. Bitonio is not a highly regarded prospect right now, but after a perfectly placed third step and an excellent 40 time, Bitonio stands a great chance of increasing his stock today.

Conversely, look at Gabe Jackson of Mississippi State. Sure, he has great length, but if he isn't proficient at getting to that block on the second level, how effective can that length really be? His third step was angled somewhere toward Terre Haute, and his 5.a million 40-time is the result of it.

Last year, I asked eventual Eagles draft pick Lane Johnson how important his third step was. He looked confused, but when I broke down to him how straight it was, he agreed with the importance of running in a straight line.

That straight line is largely determined by the third step. Keep an eye on Bitonio as an interior lineman prospect in the middle rounds.