The Steelers have shown Beckham a good amount of interest so far, but a tweet from a known draft analyst suggests there is a rising market for the LSU wide receiver.

I’m hearing Odell Beckham will NOT make it to #20 in this year’s draft. Two teams very high on him at this point. Will address in next mock 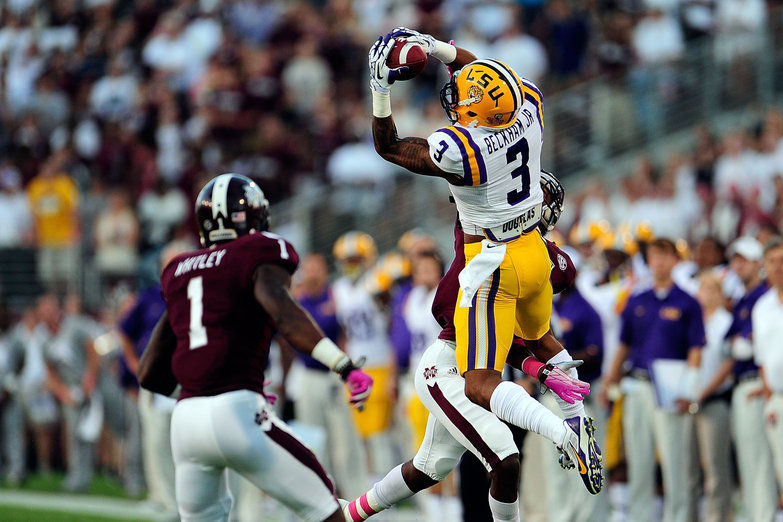 The Steelers have met multiple times with LSU WR Odell Beckham Jr. After reviewing his film, we can see why.

He says he'll address it in his next mock draft (previous ones can be found on his blog, The Sideline View), but he responded to a suggestion of the Giants, Jets and Rams with "you got one of them," and suggested the other is a team in Texas.

There's been a good amount of interest from the Steelers' front office and coaching staff in Beckham, and, as the likely third-best wide receiver prospect in the draft, it's likely he'll be available with the 15h overall pick.

Whether he is actually the Steelers' target, if available, at that pick, only a few people would know right now. What's clear is Beckham is a talented all-around receiver who would give the Steelers another weapon in an emerging passing game as well as special teams contributory value.