Apparently, a medical issue surfaced, forcing the Oregon State defensive end into the third round, where the Vikings scooped him up, 27 picks after the Steelers grabbed Stephon Tuitt.

Share All sharing options for: Vikings DE Scott Crichton says the Steelers told him he would be their second round pick

Perhaps Steelers second round pick Stephon Tuitt wasn't the team's initial target after all. It does show, though, the team definitely targeted help on their defensive line with the 46th overall pick.

Oregon State DE Scott Crichton visited with the Steelers before the 2014 NFL Draft, and, in his words, was told by the Steelers he would be their pick in the second round. Instead, the Steelers drafted Tuitt, and Crichton fell to the Vikings in the third round.

"The Steelers told me they were going to draft me in the second round," Crichton told St. Paul Pioneer Press writer Chris Tomasson. "But there was a lot of stuff medically that kind of happened. It is what it is. I’m glad where I ended up. I’m happy to be a Viking."

Crichton visited along with Shaquille Richardson 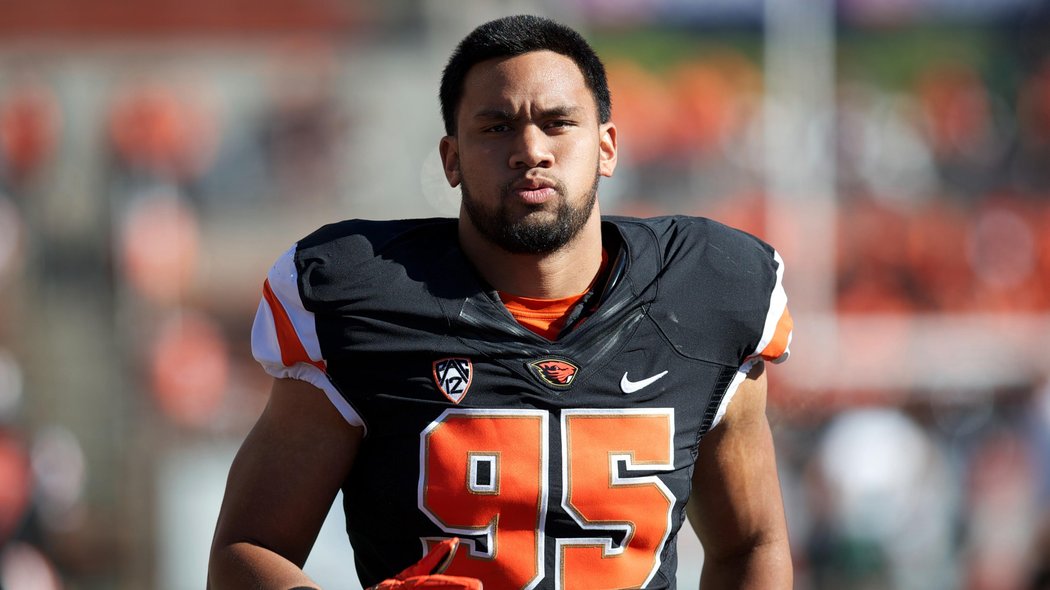 Crichton and Steelers 5th round pick Shaq Richardson visited the Steelers together before the 2014 NFL Draft.

Tomasson added, "Crichton wouldn’t discuss specifics on his medical situation other than to say "it was some stuff in the past.’’ He hasn’t had any apparent health issues in his time in Minnesota."

As the saying goes, don't ever trust anyone on draft day. There's also the notion perhaps the Steelers never thought Tuitt would fall to the second round. The Steelers brought Crichton in along with Arizona cornerback Shaquille Richardson, the team's fifth round pick this past year.

Crichton was clearly a player of interest, so it wouldn't be surprising if the Steelers at least gave him that indication, if not flat-out told him he was their guy. Perhaps we'll never know.

Draft speculation never ends, not even during training camp.