in which Momma struggles through a bad case of eyestrain to bring her mock to the world...

If "Best Looking Player Available" is not a method of player selection familiar to you, please click on this link to read the explanation in my Round One mock. Otherwise, you know the drill, so here goes!

As I suspect most of you recall, my three choices in Round One were Mike Evans, WR, Justin Gilbert, CB, and Aaron Donald, OLB. In Rounds Two and Three I will present alternate scenarios based upon the first-round pick.

But first, I should note the following.  I say I'm choosing  the best-looking player available, in the same way Kevin Colbert insists the Steelers will pick the Best Player Available. But we all know that team needs greatly effect the attractiveness of a given player to the team.

Yet, it was not always so. Back in the days when the Steelers had the luxury of depth at almost every position, they could genuinely take the best player on the board who fit their offensive or defensive scheme. Or so we like to think, at any rate. But a couple of drafts, specifically 2008 and 2009, from which the Steelers have essentially no remaining players, means things have to change. The shorter rookie contracts don't help, either. The reality is, the Steelers have holes to fill, and they need to do so in this draft.

Similarly, back in the halycon days of 2010, when I didn't know enough about football to even know what a 3-4 defense was, I was able to just look at the available players and point to the ones I liked the best. Now I am older, wiser, and crankier, and am fully cognizant that this year the Steelers are not particularly likely to draft, say, a running back in the first round. I too consider the actual needs of the team.

But this is not nearly as much of a difficulty for a BLA draft, because I think it is clear that almost any position on the team could do with some depth in the looks department.  So I might just as well stick to players whose position are ones of actual need for the Steelers.

My first draft scenario assumes that, by some miracle of wonderfulness, Mike Evans was still on the board at 15, and Mike Tomlin sustained a minor contusion in his rush to get to the phone and draft him in the first round. In this case, here are my picks for Rounds Two and Three: 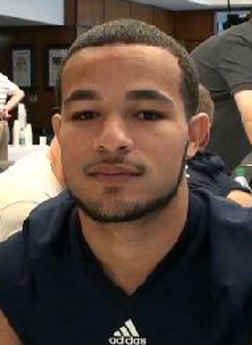 A soft-spoken young man whose leadership in the locker room was credited with turning the Rice University team around in 2012, Philip Gaines, originally projected as a fourth-round pick, has been shooting up the draft boards, and is now expected to go in the second round.

A blazingly-fast combine 40 time of 4.38 is part of the reason for his ascension, as well as a surprising performance in the field drills. For example, NFL.com noted:

Nice length. Terrific timed speed, blazing sub-4.4 times at the combine. Can be deployed in zone coverage. Plays the pocket. Good production on the ball, with 35 passes defended the last two seasons.

Gaines also had four interceptions during the past season, and we all know how Momma feels about those! But there is more, from CBSSports.com:

We also know how Momma feels about fluid footwork. Not to mention only allowing 13 receptions in 40 targets.  She also likes this:

All in all, if we miss out on one of the first-round guys, Gaines would definitely be a suitable consolation prize!

And although I'm a fan of alternating offense and defensive picks, in this case my third-round pick is too good to pass us. I give you Shayne Skov, ILB: 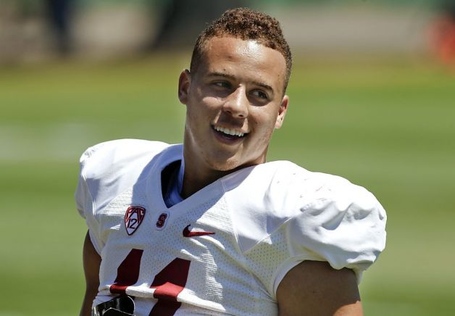 With a smile to gladden the hearts of the ladies of Steeler Nation, Skov is an obvious pick. But what about football-y stuff? Here's some accolades for this charming young man:

Was a Butkus Award finalist and the Cardinal's leading tackler for the third time in '13 when he started all 14 games and registered 109-13-5.5 with four pass breakups and three forced fumbles.

Ideal size and temperament for the inside linebacker position. Possesses broad shoulders, a trim middle and thick lower-body. Terrific instincts and physicality. A tone-setter in the middle, who frequently made big plays at key moments for the Cardinal...Explodes through holes in the offensive line to make emphatic tackles in the backfield. One of Skov's greatest attributes has always been aggression in taking on and shedding blockers in the hole.

"Possesses broad shoulders [and] a trim middle." That's my kind of analysis!

Just today it was announced that Sean Spence is "ready to go." That's wonderful news, but it doesn't make me the less likely to think it makes sense to take an ILB. And Skov is an ILB in the mold of some of the fine men who have manned the position such as James Farrior and Larry Foote. You can never have enough BLA depth!

But let's say the first round pick was actually Justin Gilbert. I think Mike Tomlin might be rushing to the phone to get him as well! But with CB covered, this requires a different strategy in Rounds Two and Three, as follows:

We still need that tall receiver. But does it have to be a wide receiver? How about a tight end? I propose: 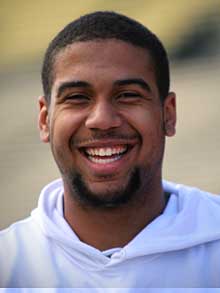 First, let's get this over with. Austin Seferian-Jenkins comes with baggage. Or does he? It saddens Momma greatly to note this year that a great many of the best players in the draft have DUI suspensions on their records. But for whatever reason Seferian-Jenkins seems to have made more people nervous than in the other cases—so much so that the National Football Post addressed his case in a Red Flag Report. The writer, after stating the issue, wrote the following:

The biggest misinformation I could find, though, was in the wording of articles and scouting reports since the arrest. Too often, I saw it reported, "He has had trouble with off the field issues in the past" or a similar variation. Unless there is another transgression I'm unaware of, this is a disingenuous way to phrase an isolated incident. Even NFL.com was guilty of this.

What others say: On May 6th, coach Steve Sarkisian said "To Austin's credit, he's done everything we could have asked and beyond. He's done a nice job in school, in the community, he's done all the counseling we've asked him to do. To his credit, he's stayed ahead of this thing. One of the keys for me was, was (the incident) truly indicative of a young man's character, or was it truly a mistake? It was a mistake. He's a good individual."

The writer then published a video of Seferian-Jenkins speaking at Ballard High School. The author noted:

Very few athletes come off as genuinely contrite as ASJ does in that clip. And every other interview I've seen or read has had a similar tone. I have no reason to doubt his sincerity. There isn't a negative feeling anywhere in his twitter account either.

Risk: 2/10 (VERY LOW) - Based on the isolated nature of the incident, and his actions since, it wouldn't be reasonable to get overly concerned about drafting Seferian-Jenkins. Some NFL players with college DUI convictions become problems like Justin Blackmon (2010), who repeated the offense in 2012, and had two subsequent violations of the league's substance abuse policy in 2013. Others like Kiko Alonso (2010) and Michael Floyd (2011) manage to turn things around and become steals for the NFL teams that take a chance on them. Every player is different. His on the field talent and very positive attitude should make it very easy to convince any team that does their homework on him to draft him high.

There's no question about his talent. And the Steelers could definitely use a few "steals." He's certainly a steal in the looks department, and no slouch on the field either:

An intriguing height-weight-speed prospect, Seferian-Jenkins has all the tools to be a legitimate No. 1 tight end in the NFL...

I love me some Heath Miller. It's hard to imagine anyone replacing him in Momma's heart. But Father Time comes after all of us sooner or later, and it would be irresponsible to assume Heath has many more good years left in him. Seferian-Jenkins should be able to contribute right away as a receiver while learning at the feet of one of the great tight ends in Steeler history.

My Third Round pick in this scenario is still Shayne Skov.

And finally, what if Aaron Donald makes it past the Giants and falls into the Steelers' lap? That's one heck of a lap-full! Obviously in this case my second scenario would also work. However, there is a real chance Seferian-Jenkins would be gone. In this case, I would take Philip Gaines in the second round and go with a receiver in the third round: 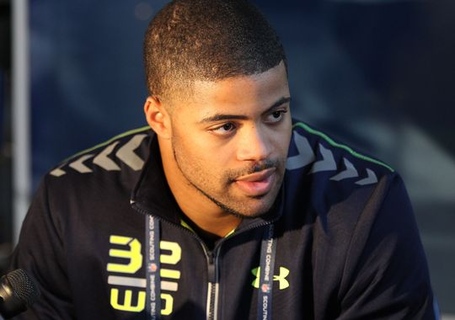 As dreamy as they come, Latimer also brings many football-y skills to the table:

Very good size. Shows a jab step to get into routes cleanly and is equipped to combat the jam. Can use his frame and physicality to create separation on slants and "post-up" throws (strength was evidenced by bench-pressing 225 pounds 23 times at the combine, leading all receivers and besting some linemen). Nice catch radius -- extends to snag throws off his body. Soft, dependable hands. Nice strength after the catch. Good blocker -- subdues cornerbacks, shields, stalks and sustains. Improved steadily over three years as a starter.

Sounds pretty great to me! And though he isn't freakishly tall, at 6'2" he is definitely a notch above most of our guys. I note they talked about his "soft, dependable hands". Latimer is said to be moving steadily up the boards. He certainly opened my eyes!

That will do it for Rounds Two and Three. The final four rounds will be predicated on the assumption that the Steelers managed to grab a corner, a receiver, and another defensive player.