in which Momma gets to choose players with little regard for their position, and enjoys herself hugely...

My patented Best Looking Player Available metric is explained in the Round One mock, found here. If you're truly a glutton for punishment, you can find the Rounds Two and Three article here. Otherwise, here we go, Steelers draft picks...

As noted at the end of the Rounds Two and Three article, my final four rounds are going to be predicated upon the Steelers nabbing, in some order or other, a receiver, a cornerback, and another defensive player in the first three rounds. These are, as I see it, the principal things the Steelers should concentrate upon in the upper rounds. Because of this, Rounds Four through Seven are pretty wide open.

Therefore, I'm going to definitely go with the BLA at this point, although I may fudge a bit if a really good-looking (in the football-y sense) Big Eater seems as if he might still be on the board.

As I've previously noted, there are some fine-looking men in the trenches, but they are seldom of the lean muscled look many of us ladies favor. Casey Hampton, for example, could possibly have been viewed as "cuddly" in his prime, but I'm guessing he was never what you might call a lean muscle-y body type. (Just for the record, neither am I. But then, nobody pays me multiple millions of dollars to entertain them…) 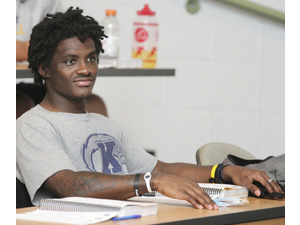 This unassuming-looking, quiet young man made a huge splash at the Combine when he almost beat Chris Johnson's 40 time. And there's more of interest than just speed about Dri Archer, according to NFL.com:

Rare burst, acceleration and top-end speed to take the corner and create big plays. Can fly by MAC competition with top gear. Very good agility, balance, vision and creativity. Weaves through a crowd and can find daylight. Soft-handed and plucks the ball with ease. Extremely strong pound-for-pound. Very good career all-purpose yardage. Good versatility -- contributes as a runner, slot receiver and return man. Four career kickoff-return TDs (and was kicked away from).

Although he is undersized at 5'8" and 170+ pounds, and doesn't look like there is anyplace to put more, his versatility could be very useful to the Steelers. It's not hard to see what the appeal is for Momma : ) ESPN possibly said it best—"Elite lateral agility…" Momma loves the word "elite" in any description of a player who might be picked up in the fourth round, and she loves her some lateral agility as well.

The biggest knock on Archer is concerns about his durability. But for a BLA pick this isn't as important. After all, if a player spends a few games on the sidelines with their helmet off, it distinctly improves the view.

But naturally the view Momma would like the best is Archer's receding back as he returns a kickoff for a TD. No amount of helmets and padding can keep a player's beauty from shining through in those circumstances! 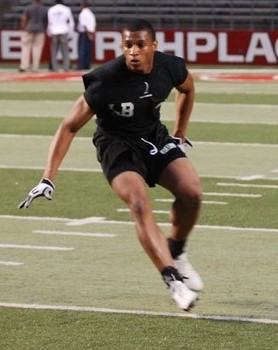 Khairi Fortt is a linebacker prospect who projects to contribute on special teams right away while he learns his linebacking craft. According to NFL.com:

Good size with a muscular build. Field fast -- moves like a safety. Very athletic and agile. Plays on his feet and bends naturally. Excellent lateral agility -- flows smoothly and has sideline-to-sideline range. Uses his arms like flippers to play off blocks. Loose-hipped to drop into coverage and match with backs and tight ends. Has traits to excel on special teams. Bench-pressed 225 pounds 30 times, tied for most among linebackers at the combine.

By this point I'm sure I don't need to excerpt the bits of this report which contribute mightily to his BLA attractiveness. (As steelerfever noted in a comment, reading scouting reports from the BLA angle leads to a number of TWSS sort of moments.)

However they are viewed, that's a pretty compelling list of features! 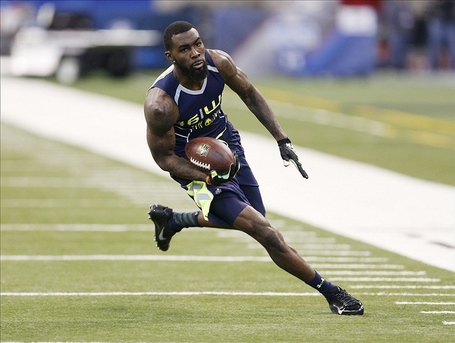 L'Damian Washington is a hair short of 6'4", and fast. Sound good, Ben? Something else Washington brings to the locker room, though, is tested loyalty to his teammates and a strong locker room presence.

Washington was one of two Missou players to whom Michael Sam entrust the information that he was gay, many months before he came out to the team. It would be more than half a year before the world knew, as the locker room protected his secret until he was ready to reveal it.

As to more obvious football-y stuff, here's what NFL.com had to say:

These all sound awfully good, even to people who only care about the football-y stuff! Washington has a lot of work to do to succeed in the NFL, despite his raw talent and un-teachable height. But if the Steelers draft him, Momma will be watching with great interest as this fine young man develops! 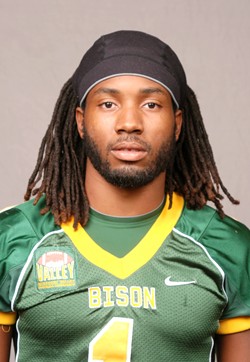 It was hard to find much in the way of scouting reports on Marcus Williams, but Mike Kaye of Bleeding Green Nation did a profile, and had the following to say about his strengths:

Williams was ridiculously productive at North Dakota State. He has an eye for the ball and was an absolute ballhawk. He was also productive on kick returns. He is very good at mirroring wide receivers in coverage and knows how to be physical without drawing flags. He has solid instincts and can play press or off-man coverage. He is the type of cornerback that may give up a catch but will not give up much YAC...

The Steelers could certainly use another flyer at corner, and we ladies will be grateful if they pick one as easy on the eyes as Williams! 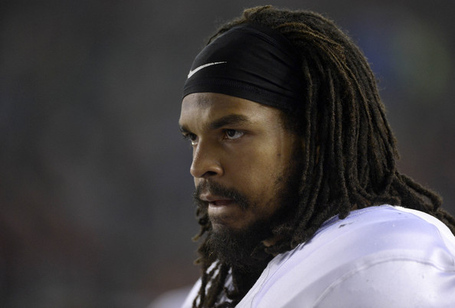 For sheer raw intensity it would be hard to beat this photo of Marcel Jensen. CBSSports liked some other stuff about him too:

While he doesn't get as many snaps as most NFL prospects, Jensen's ability to control defenders at the line of scrimmage in the running game, as well as his size, athleticism and big mitts in the passing game are very intriguing.

He possesses just average initial quickness off the line but accelerates smoothly for a big man. Presents a large catch radius, showing the ability to contort to adjust to passes outside of his frame. Catches the ball with his hands and quickly secures the ball.

Jensen's size and leaping ability also make him a standout on special teams. He had four career blocked kicks. And with a chance to learn from heartthrob extraordinaire Heath Miller, who's to say what his ceiling might be?

And finally, Round Seven:

I was intrigued by DE Jamie Meder's combination of "cuddly" and the sort of mountain man vibe which will be so sorely missed if Brett Keisel doesn't return. So I started doing a little digging, and found this article. I didn't even pause to wipe the tears from my eyes before I drafted Meder with my final pick.

And for those of you with sufficient attention span to have made it this far, but not enough to click on the link and read the article, here's the short version:

Two years ago, Jamie Meder was planning to train for the NFL draft when he got the news—his girlfriend of five years had been diagnosed with cancer.

He put aside his aspirations and nursed her back to full health, all the while keeping up a full schedule of practice, games, and schoolwork. This spring he graduated with a degree in criminal justice.

It would be justice indeed to reward this fine young man with a Steelers contract, and to hope history repeats itself. After all, arguably the best-value seventh round draft pick in the past 15 years for the Steelers was a self-effacing, family-oriented DE who worked his way from afterthought to an incredibly productive and well-loved starter. It's just like a movie!

So if you will excuse Momma, she'll put the tissue box back, make some popcorn, and get ready for the draft. And Kevin Colbert, if you're reading this, please give a passing thought to the ladies of Steeler Nation!