Michael Roos, one of the game's best left tackles over the past six seasons, endorsed Titans coach Mike Munchak before the Titans fired him after an 8-8 season in Tennessee. What Roos said about him should indicate strong reasons why the Steelers should hire him as their next offensive line coach.

Both have spent their entire professional careers (Roos since 2008 and Stewart since 2005) working under offensive line coach and former head coach Mike Munchak. Roos has been one of the top left tackles in the game in that time, and Stewart has been a solid force on the right side.

Having those two bookends is good enough, but the Titans drafted Alabama's Chance Warmack 10th overall in the 2013 NFL Draft, and signed Buffalo guard Andy Levitre in free agency.

Steelers would be wise to hire Munchak 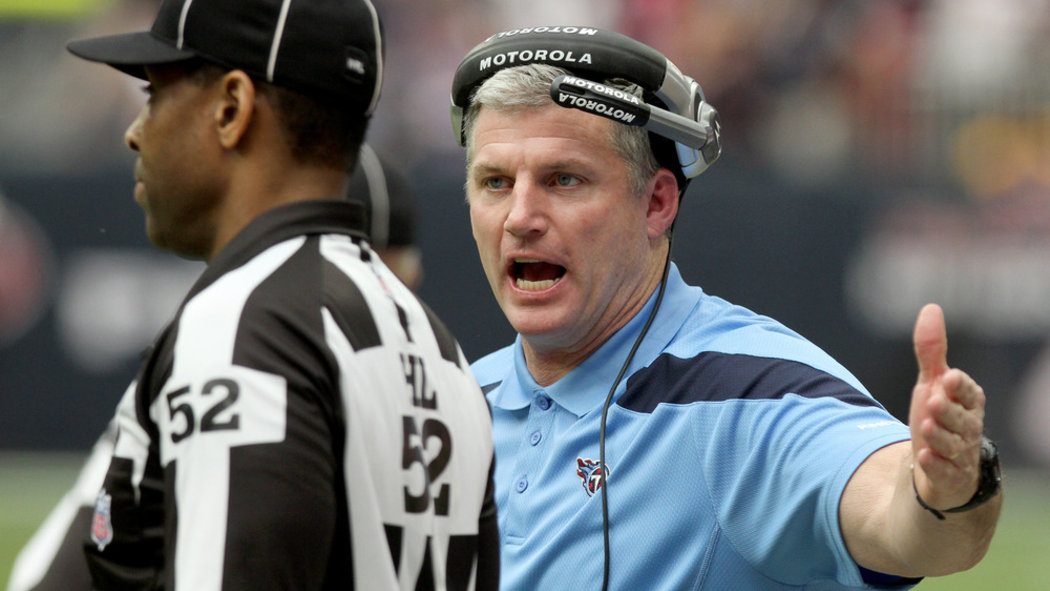 We posed the idea of hiring Munchak in early January right after Jack Bicknell Jr. was fired due to his availability and obvious track record of success

If the Titans were going to do anything last year, it was run the football and protect the passer. Those seem ingrained in Munchak, the result of over 30 years of run-blocking, pass protecting and coaching players who do those things.

His efforts were successful enough that running back Chris Johnson rushed for his sixth consecutive 1,000 yard season, becoming only the sixth player in NFL history to rush for 1,000 yards in each of his first six seasons.

He joined Barry Sanders, Curtis Martin, LaDainian Tomlinson, Eric Dickerson and Corey Dillon as the only players in this exclusive group.

Munchak, who interviewed with the Steelers for their open offensive line coach position Friday, doesn't quite have the same level of offensive line in place, should he and Pittsburgh come to agreement on a deal that would make him the team's third offensive line coach in the last three years. But the resounding support given by his former players - guys who didn't want him to leave Tennessee in the first place - shows the Steelers interviewed a winner, and the kind of coach who can boost what was arguably the team's least consistent position in 2013 to a place among the league's best next year.

TitansOnline asked Roos after the team's final game last year if he wanted Munchak back in 2014.

"Of course. I love playing for him, love what he's done as a head coach. He's changed the culture of the locker room. Guys that were problems aren't here any more."

These kinds of things aren't the responsibility of the team's offensive line coach, but the ability to spot winners and recommend the removal of losers is part of the job description of any head coach. Not to mention the fact when a longstanding veteran like Roos talks, teams listen. He's been the franchise's best player over a turbulent six-year stint, having gone through several different quarterbacks, two different head coaches and with no postseason success.

Roos spoke of the improvement the Titans were making in terms of personnel when Munchak was fired, reportedly because he was asked to make changes in the coaching staff, and he refused.

Not to suggest the Steelers' offensive linemen don't work, but with emerging prospects like David DeCastro, as well as prospects mired in a rut, like Mike Adams, strong leadership based in fundamentals and hard work is exactly what this group will need in what's shaping up to be a critical year for the franchise. An offensive line that enables the team to give its quarterback time and open up lanes for its highly effective running back could be the only piece missing from a Steelers offense that could reach a top third spot in the NFL in points scored - something they haven't done in six seasons.