Alan Faneca finishes a marathon in under four hours

While the world waited for the Super Bowl to start this past Sunday, Alan Faneca ran a full-length marathon.

Share All sharing options for: Alan Faneca finishes a marathon in under four hours

This weekend, Faneca ran in the New Orleans' Rock and Roll Marathon, finishing in a solid three hours and 56 minutes.

Faneca, listed at over 300 pounds during his All Pro career with the Steelers, has lost over 100 pounds since his retirement in 2011. Faneca talked about his training for running in a marathon and how big of an adjustment it was to complete the run in New Orleans.

Alan Faneca down to 220 pounds 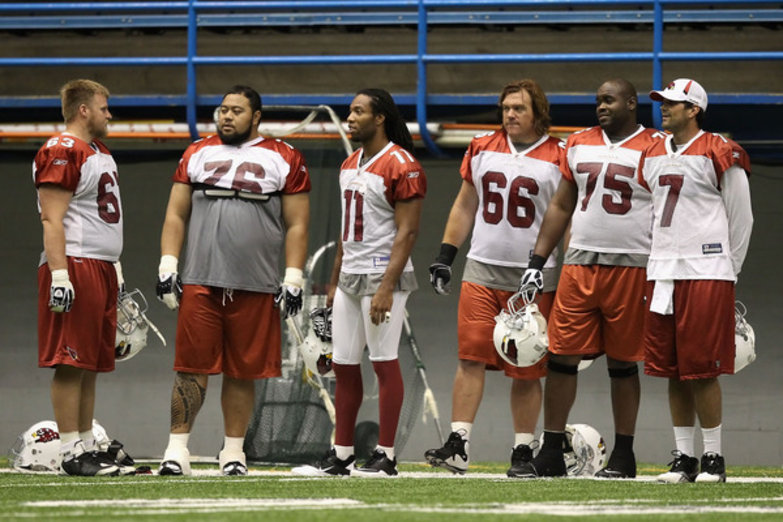 He looks like a shell of his former self, mostly because he is.

"I was very nervous about going from the slow long run pace to all of a sudden running 30-45 seconds faster," he told Runners World. "I got the adrenaline thing but adrenaline doesn't last for four hours."

As he let the world in on his workout plan, Faneca explained that for him to drop from 320 pounds to 215, it required a strict dietary change and a workout plan to accommodate the vacancy of the workouts that come with being a professional athlete.

Faneca would also schedule a strict six-day-a-week cardiovascular workout plan that helped get him in shape. While he doesn't have any future marathons on his schedule yet, the former Steeler did say he was considering trying a duathlon sometime in an effort to "mix it up and have some fun."

His time of three hours and 56 minutes, clocked in well under the national average of American men who run marathons totals at four hours and 37 minutes according to a 2011 report.

Faneca's effort to live a healthy lifestyle is a great story for a retired professional athlete who had to adhere to the strict weight requirements of the NFL in his career that lasted longer than a decade.