The first half of the community mock draft is in the books, with BTSC reader steeler fever representing the Cowboys.

Looking at the board, I see two players in particular have fallen to the Dallas Cowboys at No. 16 - OT Taylor Lewan and TE Eric Ebron.

Taylor Lewan could be the replacement for Tyron Smith, the Cowboys' talented, former 1st-round pick who is coming off his first Pro Bowl and will be entering his fourth season. The Cowboys are likely to exercise a 5th-year option to keep him in Dallas through the 2015 season, but drafting Lewan could mean they wouldn't then need to sign Smith to an expensive second contract after that. Basically, it'd be a money-saving move from a salary cap-strapped franchise as it moves toward the future.

Or the Cowboys could draft Eric Ebron as the eventual replacement for Jason Witten, who turns 32 in May (being a few months older than the Steelers own Heath Miller). The same argument for drafting Heath's replacement in Pittsburgh apply here to Jason Witten in Dallas (who did move to 2nd on the list of the NFL's all-time reception leaders for tight ends last season).

Safety is arguably the Cowboys' biggest need, even on a defense that is losing pass rushers.-steeler fever

Then we have the most popular players who are usually mocked to Dallas and seem to be consistent favorites at Blogging The Boys - DT Aaron Donald (who is off the board in this mock) and FS Calvin Pryor. Safety is arguably the Cowboys' biggest need, even on a defense that is losing pass rushers.

Another option is for the Cowboys to reach at this spot for a pass rushing defensive end, and I wouldn't put it past Jerry Jones to consider a range of players who are not valued at this spot in the draft such as Kony Ealy or Scott Crichton (though both of those players would likely be available in a trade-back situation). 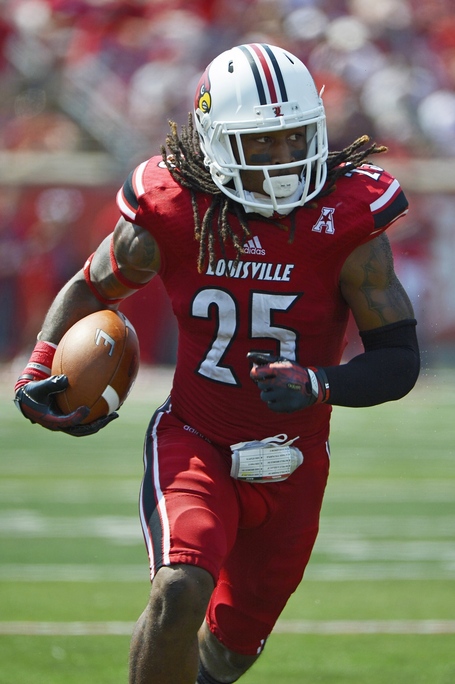 "Perhaps the most explosive hitter in this year's crop of safeties, Pryor is a big, physical hammer in the run game, bringing the ability to intimidate and erase. Factor in his instincts and range and Pryor has the ability to start as a rookie."