Rod Woodson shows on the game's biggest stage why he's considered one of the best defensive players of his generation. Dallas won the game but it wasn't because Rod Woodson wasn't good enough. 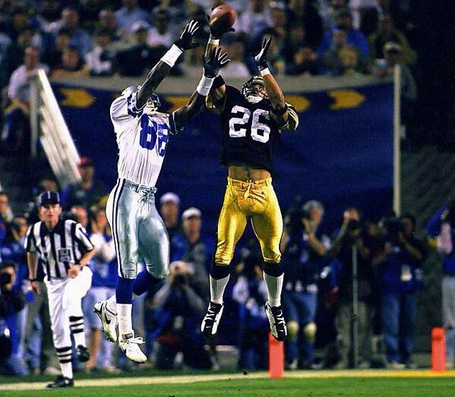 Should it be pointed out Cowboys receiver Michael Irvin had three inches on All-World cornerback Rod Woodson?

Praise Darrelle Revis and Richard Sherman, no doubt excellent defensive players who deserve that praise. But let's not forget Woodson, one of the best all-around defenders of his generation.

I'm not even going to get into his generational comparable, Deion Sanders, it doesn't matter. Woodson got the best of Irvin on this play and throughout his career.