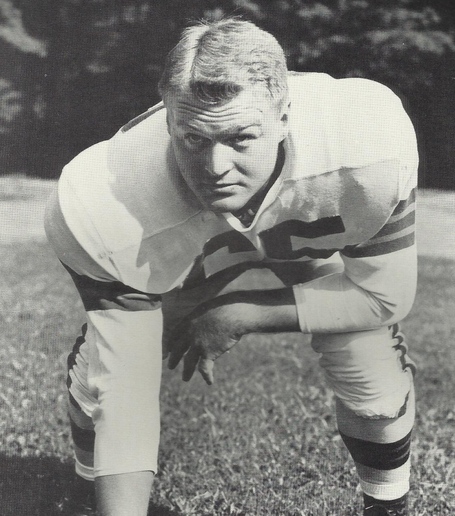 Photo of Chuck Noll circa 1954 via upload.wikimedia.org

As Steeler Nation mourns the loss of Hall of Fame Pittsburgh Steelers coach Chuck Noll who passed away at the age of 82 last week, many prominent leaders in the NFL came forth to discus how Noll influenced their careers. Amidst the outpouring, one common theme stood out. Chuck was admired for the person he was as much as, or more than, the coach he was. That’s saying a lot considering he was the only coach to win four Super Bowls in the NFL’s 94-year history.

So what was it about Chuck Noll’s strategy and personality that earned him the respect of his team’s players, owners and fans alike? More to the point, what aspects of this Hall of Fame coach’s philosophy can you—as a CEO or business leader—apply to your strategic business plan to improve your organization’s chance of success? Here are a few Noll-inspired leadership tips you should add to your company’s playbook:

1. KISS and Win - The "Keep It Simple, Stupid" principle defined Pittsburgh’s blue-collar work ethic and Coach Noll’s play calling strategy. It earned him the nickname "Ground Chuck" -- as he was more inclined to have his players run the ball (and the clock) than he was at risking too many fancy novelty plays. His reason was that, the longer you possess the ball, the less time the other team has to score.

As Noll put it in an NFL.com interview, "We like to pride ourselves on being a very fundamental football team. You have to win by blocking well and tackling well, out-hitting your opponents...and it takes special kinds of people to do that."

Today’s CEOs can get distracted by following the "shiny things," when often the best course of action is to focus on the fundamentals of what makes a business run successfully. It’s prudent to keep your eye on the trends and stay relevant, but don’t abandon the core principals that are the foundation for your organization’s winning formula. Surround yourself with hard workers who buy-in to your vision, take pride in their role and realize that glory will come to all who are part of a well-coached team.

2. Protect Your Team, But Hold Them Accountable - Chuck Noll was an early advocate for player safety and the elimination of the "criminal element" in his league. In 1977, Steelers wide receiver Lynn Swann was dealt a dirty hit by rival Oakland Raiders’ defensive back George Atkinson that left the defenseless Swann with a concussion.

Coach Noll fired back in the press and appealed to the league to punish Atkinson. Rather than penalizing the cheap shot, the NFL fined Noll for speaking out against a player and Atkinson sued for defamation in a trial that would result in the Steelers having to admit some of their players were also guilty of unnecessary violence. Noll ultimately won the case, but it took awhile for him to win back the trust of his own players who he had to legally call out during the trial.

While most company leaders will not have to face such draining public litigation, it’s important to remember that everyone is responsible to adhere to the same principles -- from the founder down to the freelance temp contracted for a specific job. Let your people know you’ve got their back, but also that they’re expected to conduct themselves according to the same high standards they see exemplified in your behavior as a leader.

3. Lead By Action, Not Words - In stark contrast to his excitable successor, Bill Cowher, Chuck Noll remained even-keeled in victory or defeat and, while passionate for the game, wasn’t one to excessively yell to get his point across. On the topic of inspiring his team, Noll admitted to NFL.com, "A lot of people think that motivation comes from the mouth and it doesn’t. Motivation comes from helping someone get the job done."

CEOs who want to earn the respect of their direct supports and employees would be wise to remember that you can be viewed as a strong leader without talking down to or raising your voice to those who look to you for guidance. Patience, determination and a winning game plan will usually provide enough of a guiding light for others to follow you on your path toward success.

4. Don’t Discriminate - In an era where racism and ageism were still ingrained in the psyche of his league counterparts, Chuck Noll battled successfully against both. As Homer J. from Behind The Steel Curtain points out, "NFL teams at the time, had numbers and symbols on the draft board for their prospects. In addition to height, weight, position, and college, there was a symbol for black or white. Chuck saw to it that was removed from the Steelers board."

While the country has made obvious strides in eliminating racism from the workplace, much has been written recently of the generational clashes occurring between baby boomer owners, Gen X managers and Millennial new hires. Coach Noll’s sense of fairness extended to the youth as well, which Homer J. succinctly notes, "At a time when other coaches might leave a young reporter with a couple sentences and a cliche or two, Noll would treat a 24-year old kid with the same earnestness that he would his players or a nationally-known sportswriter."

Regardless of which generation you belong to, realize that it’s your role as a leader to bridge the gap between the collective wisdom of the older employees and the innovative ideals of the new regime. Only when each generation is open to learning lessons from the other will you truly maximize the potential of your staff.

5. Be a Tough Act to Follow - After nearly four decades of leading the Steelers, Noll sensed when it was his time to bow out gracefully, and did so on his own terms. The man, who was also known as "The Emperor," ruled with class and stepped down from his role with dignity, handing the reigns to the aforementioned Bill Cowher. According to a recent interview with Cowher, when he asked Noll for advice upon the transition of power, Chuck opted instead to let Cowher be his own leader rather than try to duplicate the strategies of a passing era.

If your time as a CEO is approaching an end, have your final exit strategy in place and be prepared to begin the next phase of your career. If you’ve been a successful leader (as Noll obviously was) your legacy will speak for itself. Leave giant footsteps for others to follow, but know that your own life’s work may be calling you in another direction for a reason.

6. Stop and Smell The Roses - Chuck said it best himself during his retirement press conference, "It’s been great memories but after thirty-nine years in it I have to step back and see what the flowers smell like for a little bit."

Regarding Chuck Noll’s mastery of work-life balance, Steelers PR man Joe Gordon told The Plain Dealer’s Bill Livingston, "He was unique in not being the typical football coach. He had a more balanced life. He wasn't a slave to football. He kept regular hours, and his interests were so widespread." Livingston also noted that "Noll did not live and breathe X's and O's. He was a man as comfortable with opera glasses as a headset, who was also an amateur pilot and experienced sailor on the Florida Intracoastal Waterway." 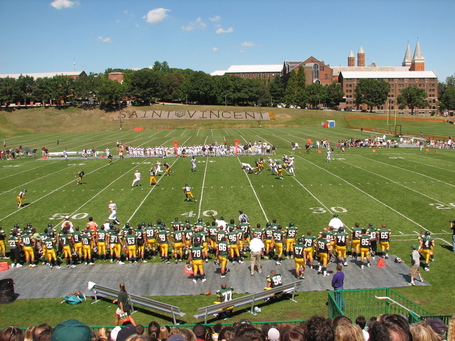 The ultimate lesson that CEOs should takeaway from Chuck Noll’s legacy is that your job does not define you. While dedication to principles, strong work ethic and the desire to lead your team to greatness are noble traits in any leader, Mr. Noll was just as proud of his role as a grandfather, wine connoisseur and classical music aficionado. Perhaps the most profound "Chuckism" that can be applied to success—both in life and in business—is when he wisely stated, "Before you can win a game, you have to not lose it."