Kentucky's Bud Dupree was one of the big winners at the 2015 NFL Scouting Combine this past week. It's a wonder whether that performance didn't boost him into the top half of the draft.

Mock drafts change up quite a bit after the Combine is completed. Some prospects rise in the eyes of the great unwashed mocker, some fall considerably.

It's unusual to see a pass rusher put up the kinds of Combine numbers Kentucky outside linebacker Bud Dupree did and remain a candidate in the early 20s of the first round.

USA Today's Nate Davis seems optimistic about that possibility, and sends Dupree - who had a 1.6 second 10-yard split in a 4.56 40-yard dash along with a 42-inch vertical and an eye-popping 11-6 broad jump - to the Steelers at 22.

Free agency threatens to decimate the Steelers' pass rush. But Dupree could form a nice tandem with holdover Jarvis Jones for years to come.

The Steelers don't have much of a pass rush to decimate, but it's true in the sense Jason Worilds, who tied for the team lead with 7.5 sacks, may sign elsewhere. We expect Worilds to remain in Pittsburgh, but that doesn't undermine the need for the team to improve in terms of sacks, hits and hurries.

Perhaps Dupree's freakish athleticism can help them do that. His Combine numbers suggest he's as explosive an athlete as any other in the draft, and those kinds of traits usually sends a player, especially a pass rusher, into the first half of the first round. 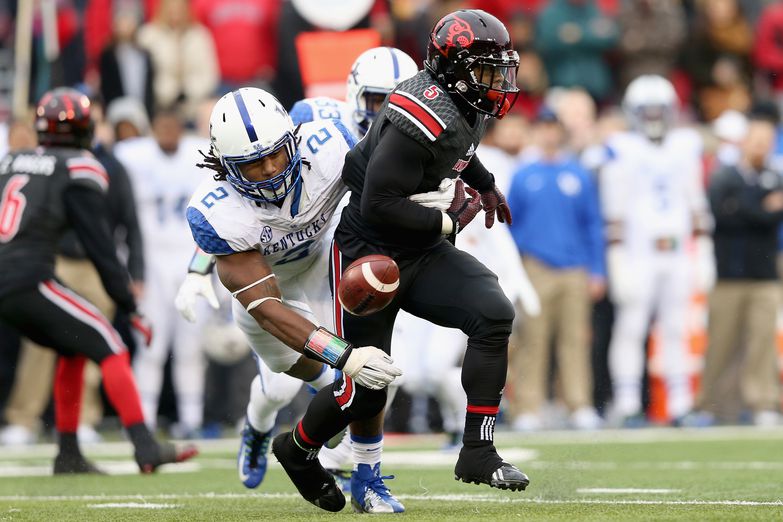 If he would be available at 22, it could be due to hot-and-cold film that, as we suggested, appears to show him as a more explosive player coming out of a three-point stance as opposed to standing up, like he would do as an outside linebacker in Pittsburgh.

NFL Network draft analyst Mike Mayock emphasized strongly during the Combine broadcast Dupree is an outside linebacker. This isn't to suggest he cannot do that, but it appears he will need some work, much like Jones did after he was selected with the 17th overall  pick.

Incidentally, Jones was the first pass-rushing outside linebacker the team selected in the first round in the history of the franchise. Adding another two years later certainly would suggest the team is noticing their sagging pass rush numbers.