Arguably the best cornerback available in the 2015 NFL Draft, could the Steelers use their first round pick on a talented, but troubled young playmaker?

Share All sharing options for: Steelers brass will look for 'the truth' about CB Marcus Peters at the Combine

The Steelers, for the most part, have a reputation for selecting high-character players that represent the organization to the highest degree.  Fortunately, a lot of the good-character guys like Troy Polamalu, Ike Taylor, Hines Ward or Brett Keisel have become some of the Steelers biggest stars, on and off the field.  Marcus Peters, a supremely talented cornerback from the University of Washington certainly has the skills necessary to become a star on the field, but his character has been called in question.  Peters was kicked off his college team last season after allegedly getting into a physical confrontation with his coaching staff and has been labeled a "troublemaker."

Steelers GM loves the NFL combine specifically because it allows him and the team time to sit down with players and conduct individual interviews.  The interview process allows the front office executives and coaching staff to gauge the psychological aspects of their draft prospects.  For Marcus Peters, the interview process could make or break his draft stock.  Colbert says the team will examine Peters' talent, but will look closely into the type of person the young defensive back is. 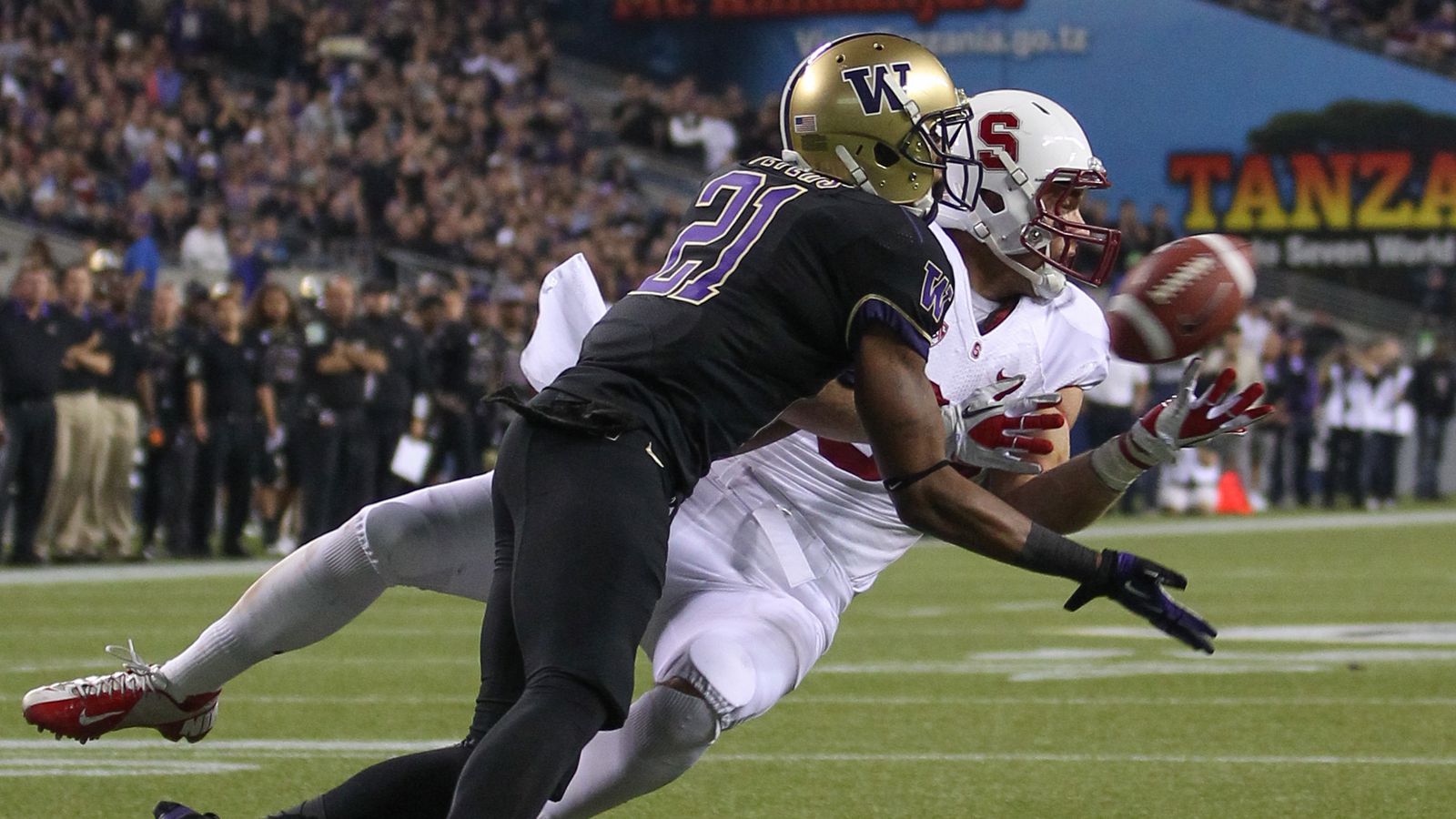 Former Washington Huskies CB Marcus Peters is talented, but he'll have to own his side of a situation that ended with him being kicked off his team.

Peters is one of 60 players Colbert and Mike Tomlin expect to interview at the combine next weekend, according to Scott Brown of ESPN. Todd McShay mocked Peters to the Steelers in his Mock Draft 2.0 earlier this month, stating the Huskies standout defensive back is the best cornerback available in the draft.  In fact, testing well in the interviews could potentially push Peters out of the Steelers range at pick No. 22, as other teams ahead of Pittsburgh have holes in their secondaries as well.  Even Colbert admits Peters' talent might be too good to pass up, even with his sketchy past, if Peters proves he can overcome old habits.

"If there's a player that has something, we'll try to find out what the truth is and whether or not we think we should take a risk," Colbert said, "or whether that player is worth the risk based on not just talent but his ability to be able to overcome whatever his issue was."

Either way, the Combine will serve as a way for the Steelers to get a clearly picture of Marcus Peters and 59 other prospects who will sit down with Colbert and Tomlin for the most important job interview of their lives.