2015 NFL Draft: La'el Collins may end up being best option for the Steelers at 22

The versatile offensive lineman could start his career at left guard, which is a position that projects to be in need of a starter after 2015. He could also be groomed to take over at left tackle in the future, leaving Kelvin Beachum available to move to left guard.

Share All sharing options for: 2015 NFL Draft: La'el Collins may end up being best option for the Steelers at 22

The Steelers signed veteran offensive lineman Ramon Foster to a three-year contract in 2013, and asked him to be the veteran leader among a young and inexperienced group of blockers.

He's done well in that regard.

It's unclear whether he'll be asked to do that again after the 2015 season, when his contract expires. Because of that, it would be prudent of the Steelers to give versatile offensive lineman La'el Collins a look when searching for candidates to select with the 22nd overall pick of the 2015 NFL Draft.

We broke Collins down recently, suggesting his highest and best use in the NFL may be at left guard due to his high-end athleticism and his less-than-stellar footwork and hand placement.

Reviewing the Steelers' depth chart at the position, as well as the contract status of veteran Ramon Foster, the Steelers could find themselves wanting to bring in a starting-caliber left guard sooner rather than later.

One theory behind building a roster is to not draft one position unit too often in the first round. Adding Collins would mean the Steelers have three first round draft picks invested in their interior offensive line (joining Maurkice Pouncey and David DeCastro), That would be on top of the two second-round picks the team has invested in Marcus Gilbert and Mike Adams. 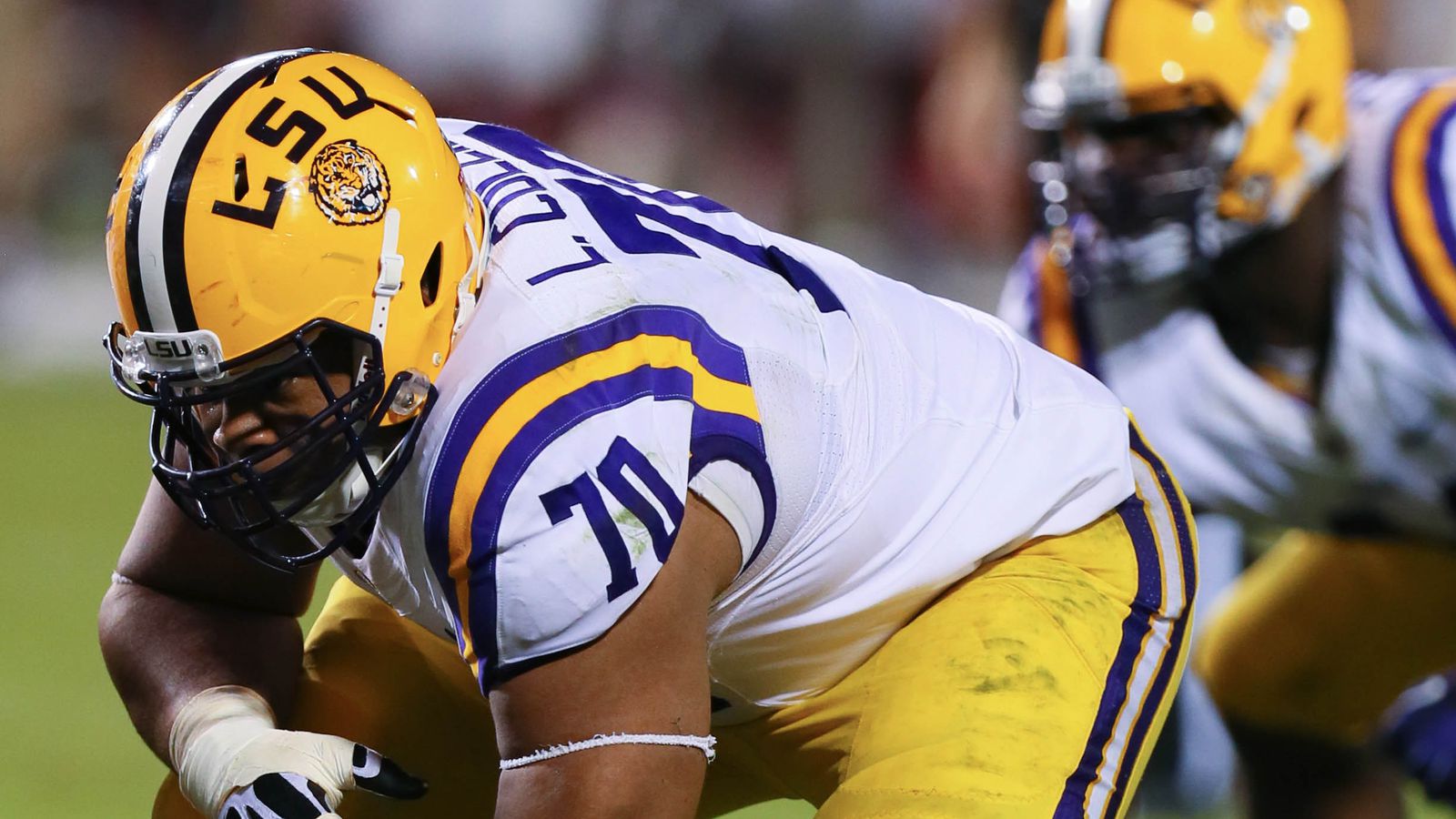 Find out why the projected tackle may start his career as a guard.

As one unit would build to a high level, others around it may suffer. Offense clearly is not a concern heading into 2015, but pass rush and coverage on the other side of the ball are. If Jason Worilds is indeed left to his own free will in free agency, the Steelers would be looking to sign a starter at left outside linebacker, and would have no experienced depth behind that player and third-year ROLB Jarvis Jones.

The team has drafted a defensive player (Jones and inside linebacker Ryan Shazier) in the first round of the last two drafts, and took defensive end Stephon Tuitt in the second round last year, meaning three of the team's last four picks in the top 50 have been used for defensive players.

Third-year guard Chris Hubbard is slated to back up Foster as well as DeCastro, and veteran reserve lineman Cody Wallace provides depth as well. The team could be grooming Hubbard to eventually replace Foster, but Collins doesn't need to be seen only as a guard, nor does his pick need to be based in the idea the team needs to bolster depth at the position immediately.

Left tackle Kelvin Beachum is unsigned past this season, and is a rising talent among players at the position. It's also one of the league' most expensive positions, and one difficult to address outside of a high-level pick - Beachum being an incredibly rare exception to that. He's also a candidate to replace Foster, meaning, the team could be shopping for a future left tackle in this draft. 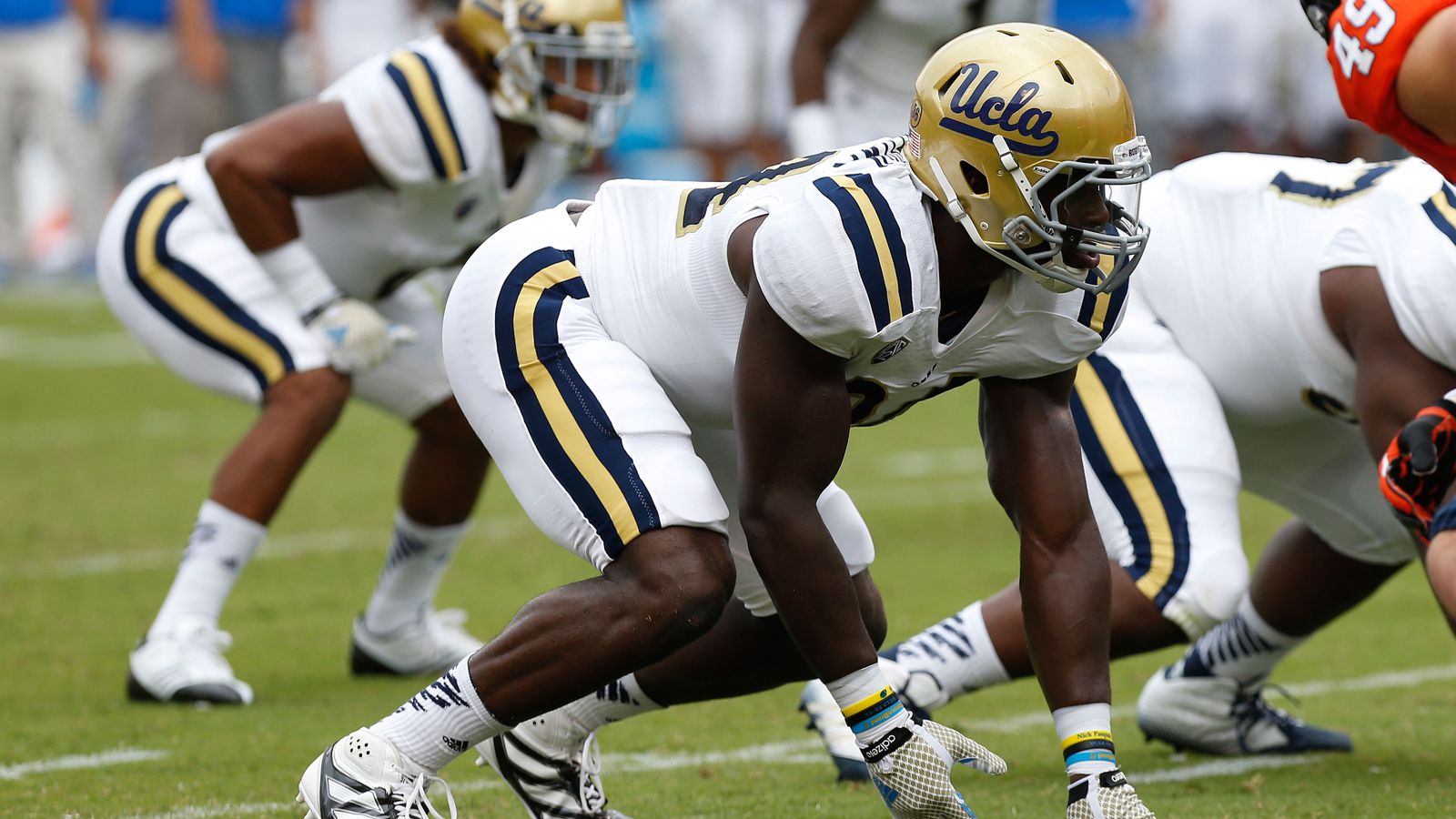 Check out BTSC's breakdown of likely draft targets for the Steelers with the 22nd overall pick in the 2015 NFL Draft.

Starting Collins out on the inside provides the team with a return on their initial investment and gives offensive line coach Mike Munchak time to work on the technical issues we see as obstacles he would need to avoid if he is to play on the outside.

Successful teams are going to select the best player at positions of the highest future need. It wouldn't be a surprise to see them address cornerback or outside linebacker multiple times in this draft, but that does not create a divine mandate one or the other must be addressed with the 22nd pick.

Getting a capable and malleable guard may simply be the best option for them.