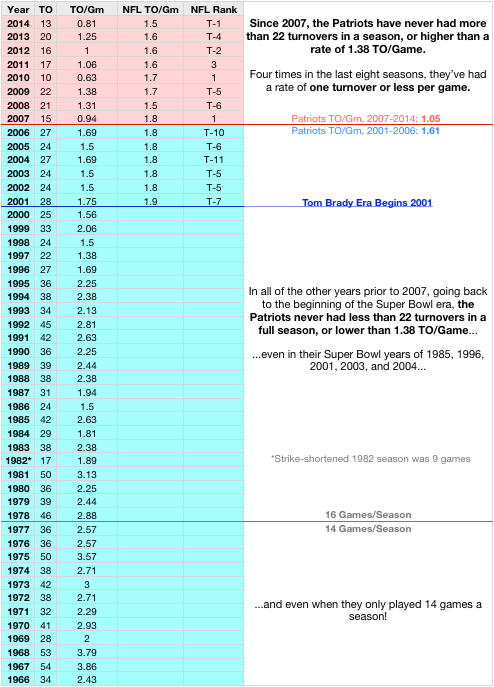 A ball that is deflated to below what is allowed by the rules is easier to grip and catch, and therefore could be a factor in a team's overall turnover rate. It should be noted that in general, turnovers have been decreasing in the NFL. However, it would be a statistical longshot for any team to maintain a turnover rate that low for so many consecutive seasons -- even a very good team. Consider that the Patriots went more than 40 years and only once recorded a rate as low as 1.38 (including their Super Bowl years of 1985, 1996, 2001, 2003, and 2004), and then in eight straight seasons since 2007 never went above that number.

This season could be telling, as we would have to assume that there will be a close watch on the footballs that Tom Brady is using. So, if the turnover rate goes up, especially above the 1.38/game mark, that could be an indication of the factor that caused the rate to go down in the first place no longer being part of the equation. It will be interesting to watch this stat over the next few years.