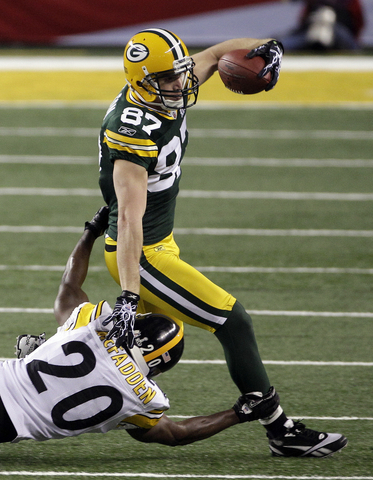 The Steelers have given up 99 points in the 2015 pre-season after 4 games, and a lot of people have been crying that the sky is falling... but is it really?

The Steelers can't seem to stop a nose-bleed this season, or an opposing defense for that matter. A lot of people will cry "but this is pre-season!" and yes, it is. We must remember that. So while the first string defense has been on the field, so has our second and third string defenses, and let's be honest, depth is not something the Steelers have on defense. So if someone goes down with an injury, it'll pretty much be an empty hole until that starter returns. A lot of that can be in part to the defense is in a complete rebuild due to age, and they are looking to get younger talent. Looking from the team that won Super Bowl XLIII, the Steelers only have three players left on their roster today that played in that game (CB William Gay and linebackers Lawerence Timmons and James Harrison). Honestly, we can sit here all day saying how the defense sucks, or how the defense is in rebuilding mode, so it doesn't suck, or just talk about how much the Ravens suck, but this isn't about how much the Steelers D sucks. Instead, it's about how it doesn't even matter. All aboard the time travel machine! Wheee!

We're a year removed from the Steelers last Super Bowl win, and the regular season is behind us. It's Super Bowl Sunday, and it's the Peyton Manning-led Colts, taking on the Drew Brees-led Saints in Super Bowl XLIV. Two future HOF QBs in their prime, and hungry for that Lombardi Trophy. The game was a very good one, that had the Saints win 31-17, thanks in part to a second-half-starting onside kick, which will go down as the greatest ever, but I'm more interested in what went down before that game. In fact, let's go back to the end of week 17. Once all the dust had settled, and we knew the 12 teams advancing to the Playoffs, and really take a look at the Saints and Colts.

The Saints were #1 in the league in terms of Offense, thanks to their 403 YPG, and 32 PPG. Colts, meanwhile, were sluggish, but only in comparison, having 363 YPG, and 26 PPG. However, when you flip the page, you see something different with their defenses. The Saints gave up 358 YPG, and 21 PPG, while the Colts 339 YPG, and 19 PPG. These teams were blowing teams out on offense, while giving up almost as much on the other side of the ball. That's all you need in this era, though; a great offense. Here, let's get back on the time machine and go two years ahead

A re-match between the Giants and Patriots was in store for us, as Tom Brady and the Patriots looked to return the favor to Eli Manning and the Giants. Sadly for Tom and Co., they would not get the job done, earning the Giants their second Super Bowl win in 5 years. Looking at the teams from the regular season though, we see a story just like the last. Explosive offenses with nothing to stop the others. The Patriots led with league with a whopping 428 YPG, with 32 PPG, while the Giants had 385 YPG, and 25 PPG and that was why they both made it as far as they did. It was in no thanks to the defense, who allowed 411 YPG for the Patriots, and 376 YPG for the Giants, with 21 and 25 PPG for them, respectively. Now let's get back to 2015... I'm starting to get time-travel sick...

So of course, in between some of these years, we see teams who actually had a great defense, like the Ravens of 2012, or the Seahawks of 2013-14, and the Steelers in 2010 (and yeah, that loss... it still hurts), but 5 out of the last 8 teams who won the Super Bowl had worse defenses than the team they beat, and only once did a team win the Super Bowl with the best defense in the league, and that was the Seahawks of 2013. So what's this mean?

Well, it means that you can win the Super Bowl without a great defense, but your offense has to match what your defense is giving up, and then some, and that leads to the question; does the Steelers have the offense to counter-act their defense? I say yes. Le'Von Bell is out for the 1st 2 games of the season, and Bryant is missing 4 for smoking weed (did you notice he's out 4 weeks, while the Green Bay lineman Letroy Guion is missing only 3 while he had ALL OF THIS CRAP?!) so it's going to be heavy on Roethlisberger and Brown to do what they can to start the season off well, with a sub-par defense trying to mold themselves together with a new defensive coordinator, Keith Butler. Will the Steelers see some early losses? Yes. Quite a few, I think, but will the offense blossom into what we know it can be, and override the terrible, shaking defense that will be growing better with every game, and make it to not only the playoffs, but all the way to the Super Bowl?

I guess only time will be able to tell us.