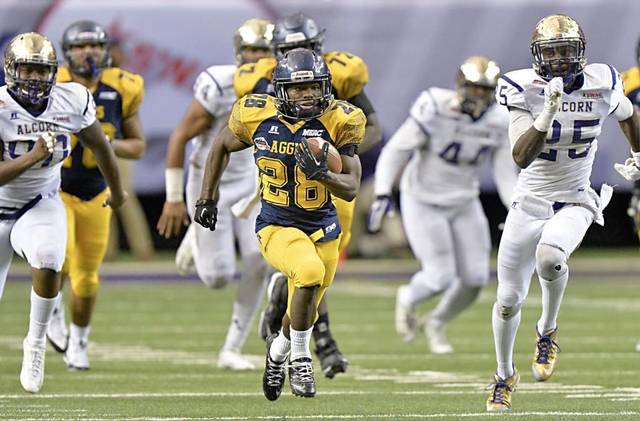 Hello BTSCers meet Tarik Cohen. I normally don't do specific draft write ups but this is a special case. Why you might ask? Because I've been watching Mr. Cohen for about four years. He is the star running back for my alma mater, North Carolina A&T State University. You won't find him on the big board and I'm sure no one wants a small school diminutive running back on the Steelers. But I don't care because Tarik has been part of my Saturday afternoons for a while now. If you're not familiar with North Carolina A&T State (NC A&T) thats understandable. If you recall Javon Hargrave from last year's draft, he went to South Carolina State University - which plays in the same conference as NC A&T, the MEAC.

The MEAC is a conference of historically black colleges and universities and while it isn't the highest level of competition, or even aesthetically pleasing football, they do on occasion create NFL caliber players like Hargrave. Tarik Cohen is one of those players, the speed back holds the MEAC record for career rushing yards. He is a special player that clashed with Hargrave on a number of occasions in the past. 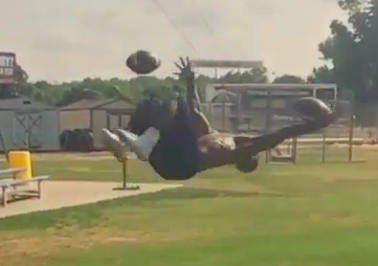 You may remember Tarik from ESPN doing a flip catch with his bare hands. Yes, that guy. Now I know what you are saying, we don't need another failed attempt at a Chris Rainer or Dri Archer. People have been doubting Tarik all his life even before he became the starting running back at little ole NC A&T. He was always too small. But his impressive burst, great balance, vision, and speed turned doubters into believers all the way through his record breaking collegiate career. I hope Tarik does well at the NFL level even if the Steelers don't draft him.