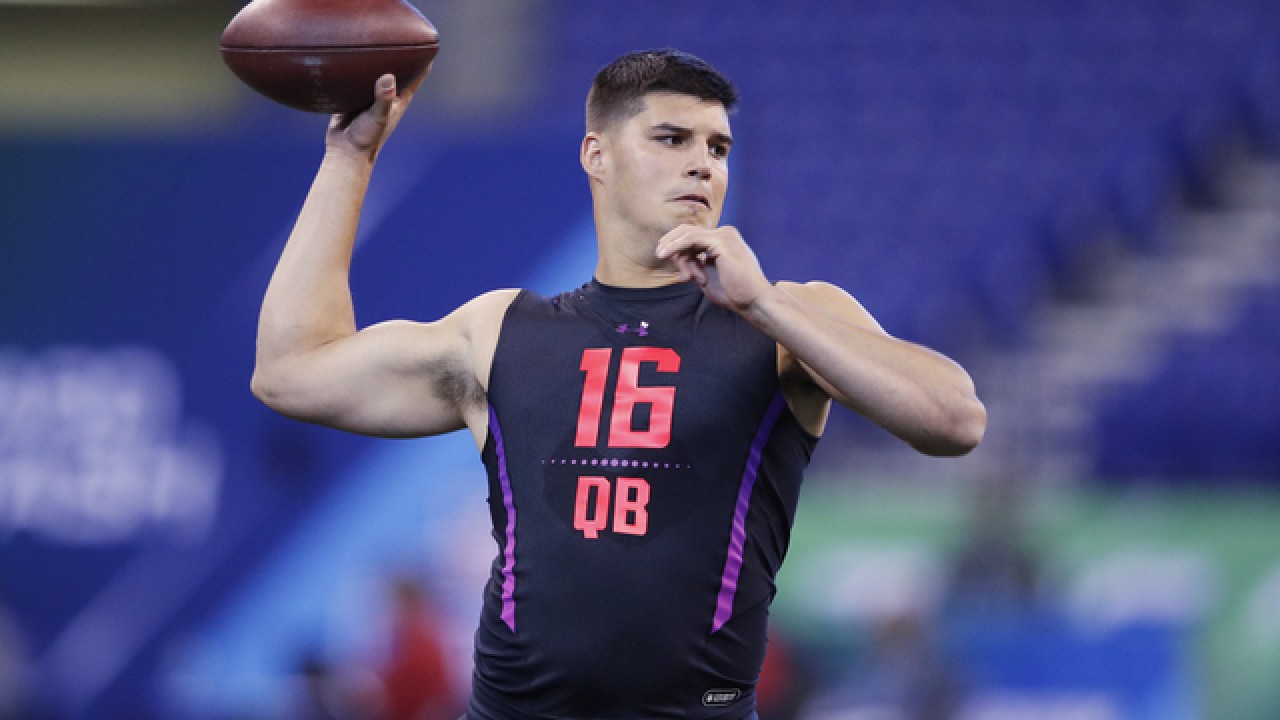 I see a lot of Mason Rudolph hate, pretty much everywhere Steelers talk exists, which has only been amplified since this weekend’s pitiful team performance against the lowly Lions. Of course, the haters draw out defenders and many who claim he’s only ever been viewed as a backup. But how did we get here and where did we go oh so wrong?

For the Steelers, the story of Mason Rudolph starts in 2017. The senior quarterback stepped onto Heinz Field for the first time, but not his last. Against a defense never really known for their coverage ability under Narduzzi, Rudolph shredded the Pitt Panthers for nearly 500 yards and 5 touchdowns in front of an entire city and, more importantly, the Steelers front office. His play was strong in the Oklahoma State air raid attack for the rest of the season with three future 2018 draft picks as his weapons. Good enough to win the Johnny Unitas Golden Arm Award.

Ben Roethlisberger, floating retirement before his age 36 season, caused the rumor mill to churn at an astronomical pace, which was only enhanced by the Steelers extensively scouting the 2018 quarterback class after just drafting Josh Dobbs the year prior. Dots were connected in the leadup to the draft between the Steelers and Rudolph, Lamar Jackson, Josh Allen, and even Baker Mayfield. (Yes, go back and read some of the articles at that time)

At the start of the draft process, six quarterbacks were viewed as potential first round prospects, Rudolph included. Some even had him leading the charge. But after a mediocre pre-draft process which included small hands for the position, poor ball velocity, questions about the transition, and mobility concerns, Rudolph became viewed as a second-round prospect by most reputable sources. That didn’t stop many Steeler fans with memories of Rudolph against their Panthers from crossing their fingers he’d end up in the black and gold.

Rounds one and two came and went without Rudolph hearing his name called, but in the third, the Pittsburgh Steelers stepped up to the plate, jumped in front of the Cincinnati Bengals, which many saw as revenge for the William Jackson/Artie Burns debacle, and selected Rudolph with the 76th overall pick.

Many immediately thought the future was secure. The amount of hype a third-round quarterback who should have been viewed in the same ilk of Garrett Grayson, Davis Webb, or Mike Glennon was instead going to be compared to Lamar Jackson and Josh Allen. Kevin Colbert only added fuel to the fire when he came out and said, "Mason had first round grades on him." At that moment, the hype train was put into maximum overdrive. This is the main reason the Mason Rudolph hate is so high to this day.

His rookie year preseason, Rudolph looked like most rookie third round quarterbacks: mediocre. Josh Dobbs did enough to win the number two job in 2018. The following year was expected to be much of the same with Rudolph competing for the backup spot, which he ultimately won. Kevin Colbert saw an opportunity to recoup the asset he spent on Dobbs and shipped him to Jacksonville. Ben Roethlisberger was coming off potentially the best year of his career, what could possibly go wrong?

We all know what happened after Big Ben’s catastrophic elbow injury: Mason Rudolph was okay, got knocked out by Earl Thomas, came back from the injury, had one of the worst games I’ve ever seen and was hit on the head for it, was benched for undrafted rookie Duck Hodges, and made his return in week 16 only to have a season ending injury.

2020 saw Big Ben return with Rudolph taking minimal snaps until week 17. In this meaningless game, Mason Rudolph looked like a decent backup quarterback for the first time in a while. It served as hope and somewhat reenergized the "Mason Rudolph is the future" crowd that began all the way back in 2017.

And finally, we’re caught up to the present. Mason Rudolph got a shot against the Lions and performed like a backup quarterback. He gave the team a chance to win but isn’t going to confuse anyone into thinking he’s a future starter.

So where do we go from here? This should serve as a cautionary tale for Steeler fans not to get too high or too low about any individual player, specifically draft picks. But then again, we are Steeler fans, so maybe that’s too much to ask.