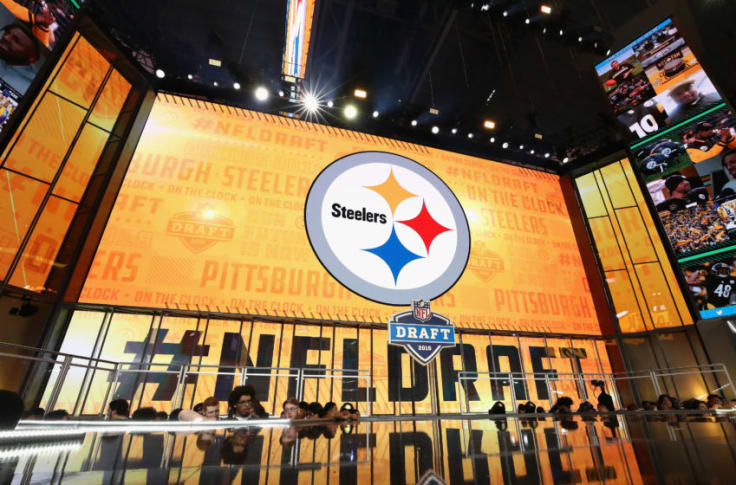 So, recently there's been a fair amount of draft talk from an article ranking team needs to a full blown mock from Pittsblitz56. The one thing that struck me was the number of people who want to simply bolster the lines and allow the chips fall as they may. You do realize that many of the building blocks of this team are nearing their end, right? Building up the team will just ensure the non-losing season streak stays alive and keeps you far away from potential Super Bowls and a potential franchise quarterback, the one position that matters more than any other.

Usually when I do these hypothetical, I throw in a few bottom of the barrel players I'd like to see signed that address smaller needs as that's usually what the Steelers end up doing. This year, with more cap space than I can ever remember, I'll throw in one big name just for fun and discussion that I believe makes sense. 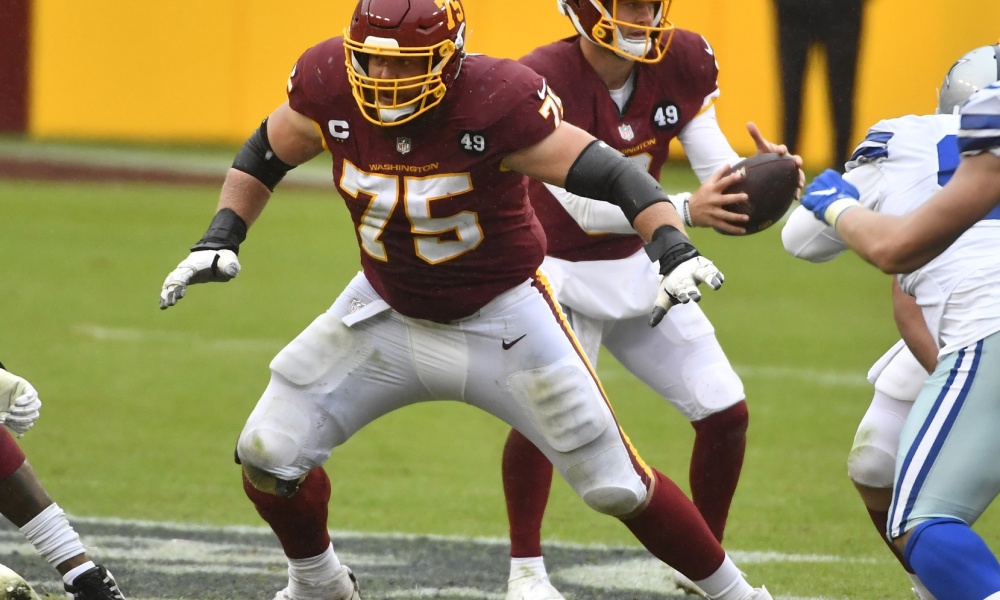 David DeCastro's sudden retirement left a rather large hole on the interior of the Steelers offensive line. Trai Turner has been decent enough as a band aid, but Scherff would help shore up the entire group similar to how Quenton Nelson helped the Colts offensive line flip from a bottom 5 group to top 5 group in a single offseason.

To the chagrin and delight of many, JuJu Smith-Schuster, in all likelihood, has played his last game as a Pittsburgh Steeler. The same goes for James Washington. An offense losing two wide receivers, and much of the core leadership group, needs to add some veteran presence, culture builders, and could use a guy to do some dirty work and catch passes over the middle. Sanu has become notorious for his work ethic and would be a great fit in all of these roles.

The former minor league baseball player comes to Pittsburgh to fill the Eric Ebron role without the distractions. He has been a steady blocker and is always referenced among his peers as a stand up guy. Though I like what Zach Gentry brings to the table, Akins offers more in the passing game.

A Jacksonville Jaguar hybrid DT/DE drafted in the first round came to Pittsbugh and found himself as the anchor of the best defensive line in football. This is the hope that lightning can strike twice with Taven Bryan, who has the first round pedigree, but is still putting things together.

Even though I'd still rather have Justin Fields, Najee Harris is an amazing football player. But watching him take every single snap in a game scares the crap out of me. Damien Williams is good enough to change the pace a little and spell Najee. He'd hopefully be similar to DeAngelo Williams and is clearly better than the other three options currently on the roster.

Now, with almost no more further ado, I'd like to get into the draft. Just my thoughts real quick on the picks and where the Steelers will end up. No one knows the compensatory pick formula, but as of now the Steelers will end up with a 4th round pick from losing Bud Dupree and a 5th round pick from Matt Feiler's departure. This is obviously subject to change based on Dupree's and Joe Haeg's playing time. So, I'm working off the assumption that the Steelers will go 1, 2, 3, 4, 5, 6, 7, 7. Also, I see a decent chance of sputtering to the finish line and the teams actually needing quarterbacks being wary of pushing all their chips to the center of this class. 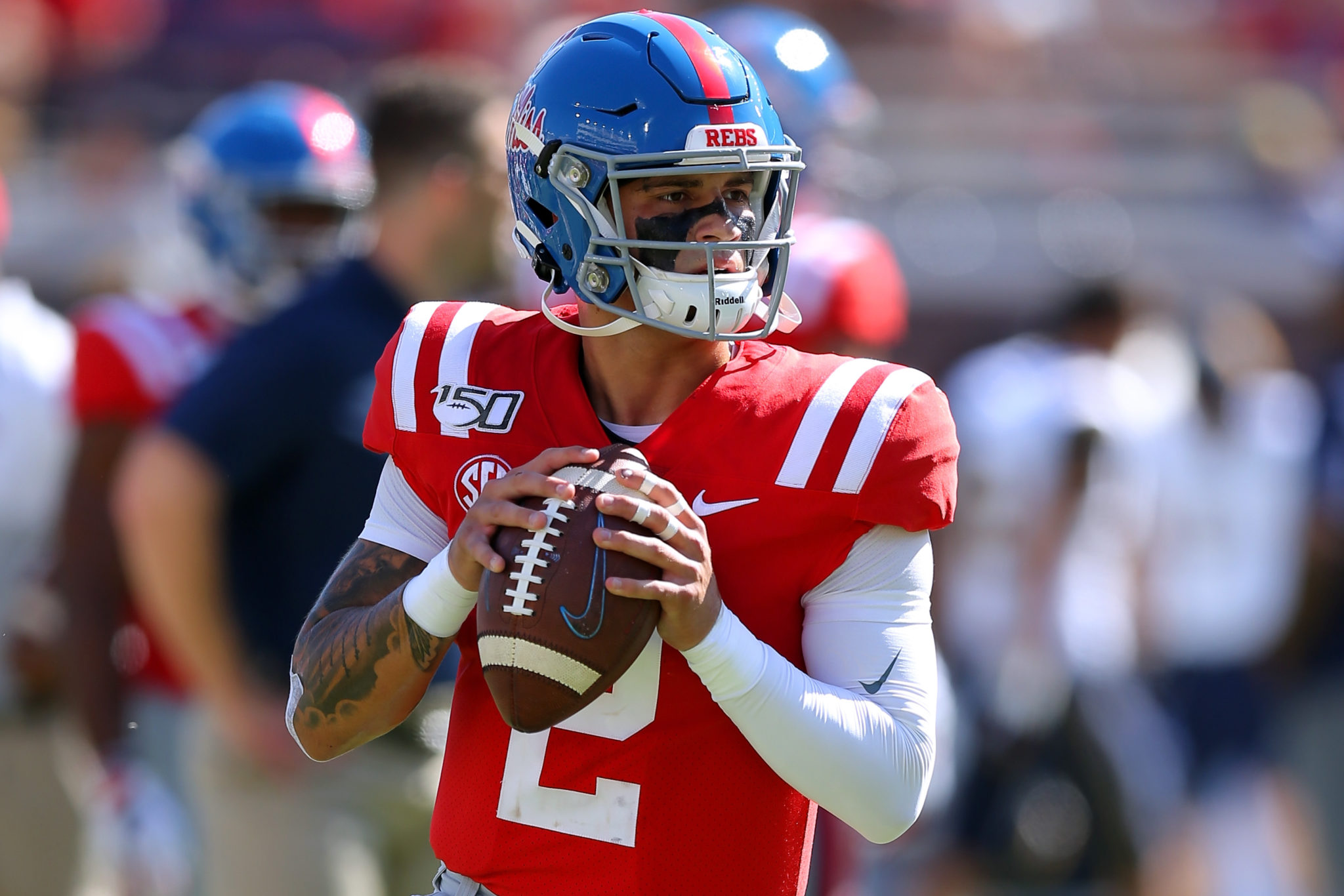 Matt Corral is at or near the top of everyone's draft board at the quarterback position. The problem is that this isn't exactly the greatest class of the past decade. Where many may see an undersized quarterback in Lane Kiffin's "interesting" offense, there's still a fiery competitor with enough talent to be a star. He's the hardest worker on the Ole Miss roster and if we've learned anything, hard work and talent can go very far in the NFL. I've done longer writeups on the guy, but I believe he's the man for the Steelers.

Lost in the shuffle of the Washington secondary over the last couple years and even the second CB on the team currently, Gordon has freakish potential. He's is among the best athletes in this entire class and isn't afraid of contact. With Joe Haden nearing his end and Cam Sutton having to bounce inside and out, Gordon could offer a solution moving forward for the Steelers.

Another, somewhat, under the radar guy with insane potential. The son of BYU football and basketball players, Freeland is one of the more athletic tackles in recent memory. If you liked Spencer Brown last year, Freeland is an upgraded, younger option.

The need for a safety comes down mostly to the much maligned Terrell Edmunds. As many know, his fifth year option on his rookie contract was not picked up, but that doesn't necessarily mean his career in the Steel City is over. Wisdom has played all over (FS slot, box) the UTEP defense that is one of the best in the country and though he will be knocked for his size, he can hit like a ton of bricks.

Another pick kind of centered around the failures of a first round pick; this time it's Devin Bush. I'm not ready to give up on Bush completely, remember he tore his ACL weeks after Zach Banner and returned weeks earlier. He's likely not playing at 100%. LSU has a few sacred numbers, one of them being 18. The number symbolizes strength and hard work and when one of the players wearing the jersey, like Foster Moreau, are available this late, you pick them. Clark is a height-weight-speed demon, but you still won't find him high on many draft lists. I expect that to change eventually.

Projected in the fifth round in the preseason, Demus was a player who was seeing his stock rise over the first few weeks of the season, but a knee injury reminiscent of Marcus Lattimore has put his future in jeopardy. At this point, a lottery ticket on the talent returning is worth it for the potential.

Kerstetter has had his fair share of injuries with season ending one's in the past two seasons that has sapped some of his already limited athletic ability. On the other hand, it's rare to find a guy with as much fight in him as Kerstetter, who has started games at tackle, guard, and settled in at center. He'd have a chance to replace J.C. Hassenhauer or B.J. on the roster.

If you took Tyler Matakevich and Anthony Chickillo and smashed them together, you'd end up with something like Cade Hall. He's undersized for defensive end standards, overweight for an outside linebacker, not very athletic, but more than anything works his tail off. He'd likely get cut in his rookie season, but he's not the type of guy I'd want to bet against.