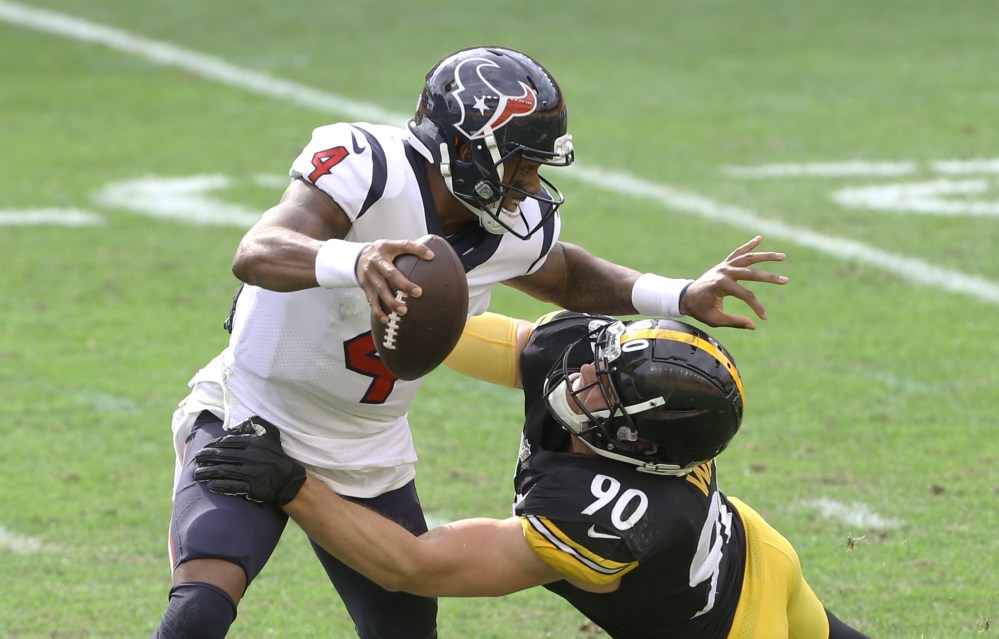 Yesterday may have been the start of a new era in Pittsburgh. Yesterday was the day Mitch Trubisky was benched, possibly for the remainder of his career as a Steeler. While we were wowed by seeing an offense with a pulse, it is important to have clarity when emotions flare. So, for today I will be making an argument in defense of some of the individuals who have/may yet receive hefty amounts of criticism. This is not to say the criticism isn’t warranted, just that there is always another side of the argument, even if we do not see it. So, without further adieu…

Mike Tomlin. Yes, it starts with the head coach. Florio suspected, that the only reason why Mitch had not been benched was because of MT. If I were MT for a day, I would have started Kenny Pickett from day one, but I also would not have brought Mitch onto my team. That said, I have never sniffed a coaching position in the NFL and most of you, if any, haven’t either. It is a hard thing to be a coach in the NFL, let alone a successful one. Urban Meyer and Nick Saban, widely viewed at one point in time as some of the greatest college coaches of their respective eras both failed as NFL HC’s. Sooooooo, lets approach this with a dose of humility and recognize that Tomlin is 1) a human and capable of error and 2) has a great resume as an HC. This may be the first year he has a losing season, but the man has more SB rings than 12 franchises in the NFL. Let’s give him some respect and see where the next few seasons go post Big Ben. Would it have been nice to have Tom Brady in Pitt instead of Big Ben? Sure, but you are trading Great for arguably Goat. Our current HC is good/great until he proves otherwise with his record.

A Good Coach "gets you ready for the big games, the games against people you're better than, you gotta get yourself ready for those games."

Matt Canada. Look guys, I’m not sold on the dude. But at the same time he has worked with a Broken Ben and one of the 3 blind mice. Like I said previously, it’s really hard to be a successful coach in the NFL. I know the man did some great things in the collegiate game back in the day and has thus far been handicapped by circumstances. Perhaps he will join a large list of coaches that just couldn’t cut it, but it is important to remember that he would be joining a long list…who is to say our next guy would be any better. If change is necessary, you make the change, but the grass isn’t always greener on the other side. Let’s see what he can do with Pickett before writing him off once and for all.

Mitch Trubisky. With all the crap I’ve talked about this dude, I bet you didn’t think I’d be defending him did you…be honest ;D Look guys, it’s no secret that I raged against the Steeler machine when we brought Mitch on board…and I may have argued for like 30 posts with some Bears fan about how Mitch is terribad…BUT, I try to be fair. The reality is, bringing a slightly more mobile version of Mason Rudolph onto the roster did give us some draft flexibility. Everybody and their sister knew that we needed a QB moving forward, and some people ACTUALLY thought that Mitch’s tape in Chicago was 110% due to Matt Naggy and Mitch’s lack of elite WRs. As somebody who watched a lot of Mitch’s tape, due to my best friend being a Packers fan, I knew that those people were probably wrong…but just because I believed it didn’t mean legit personalities, whether I like them or not, like Colin Cowherd and others didn’t take the opposite stance of my own. In essence, having a "breakout candidate QB" allowed us not to be pigeonholed in the draft in case we wanted to move up. It’s also important to recognize that Mitch is a good guy, like a REALLY good guy. Unlike Ben, he actually tried to help Kenny get up to speed and has been a really good teammate and locker room presence. In terms of backup QB’s you could do far worse…not everybody has an Aaron Rogers waiting to come in and take over for Brett Favre. Since we had Mason on a cheap deal, I wouldn’t have done it, but it’s done, and we always have to remember…it could be worse.

Kenny Pickett. Again, surprise, surprise. Kenny came in yesterday and really played amazing football for two quarters. But, as some people like to remind me, it was against the Jets. Moving forward we must remember, the kid’s a rookie and may make some major mistakes. Is he our future QB? Who knows, but most QB’s are not Big Ben. Patience is required and the reality is, he may not be the answer we hope he is…only one way to find out though.

The D. In 4 games some of our guys have played 300+ snaps on defense. Our OL guys who have played 100% of our offensive snaps have 245 reps. Our Defense does need to dig deep and fight harder than what I saw at the end of yesterdays game, but at the same time…Zach Wilson (A number 2 overall pick) threw 18/36, 252 yards, 1 TD and 2 ints, but if we subtract the 5 completed passes on the final drive for 57 yards, he was 13/31 for under 200 yards through the air. THAT is a game we should win. Hopefully if our team can coble together something resembling an NFL caliber offense, I think our defense will be able to return to form and who knows what happens then.

The fans. Guys, many of you are passionate, as I am passionate. Sometimes, unfortunately, we let our emotions get the better of us and say/do crap that we later regret. Going 1-3, in the way we’ve gone 1-3, has been brutal and plenty of us (present company included) have been very critical of our Steelers. Passion is fine, but we need to temper that passion with prudence. Throwing the baby out with the bathwater does more harm than good. Last time, it took the Steelers a few decades to go from one franchise QB to the next. Hopefully the transition from Big Ben to the future just played his first real snaps. Go Steelers!!!