Sean Spence injury: Report suggests he will come off PUP list, return to practice next week

The Steelers may get the services of their third round pick in 2012, 14 months after it seemed Sean Spence would never see the field again.

Share All sharing options for: Sean Spence injury: Report suggests he will come off PUP list, return to practice next week

Tribune-Review reporter Mark Kaboly, via ESPN 970's David Todd, said Steelers linebacker Sean Spence "WILL" (in all caps) come off PUP list and return to practice for the Steelers following their Week 6 game against the New York Jets.

Interesting news from @MarkKaboly_Trib saying Sean Spence WILL come off the PUP and practice next Wednesday here on @970espn. #Steelers

It fits together with a few bits of recent news, such as the release of Kion Wilson and the signing of Stevenson Sylvester. The knowledge that Spence is that close to returning to the field, 14 months after a significant knee injury at the end of the Steelers' preseason, suggests Sylvester is a stop-gap option to combine with Vince Williams if Spence is able to play at a high level soon.

It would be quite the remarkable comeback. It's one that will certainly inspire fans, but could come at an excellent time for the Steelers. While the Steelers' 2012 third round draft pick out of Miami wasn't playing with the first team when he was on the field in preseason last year, his speed and intelligence was obvious. The effort he would have had to put in even to be in a position to be placed on the PUP list is amazing - let alone his ability to get on the field on Sundays.

Reactions to the return of Spence 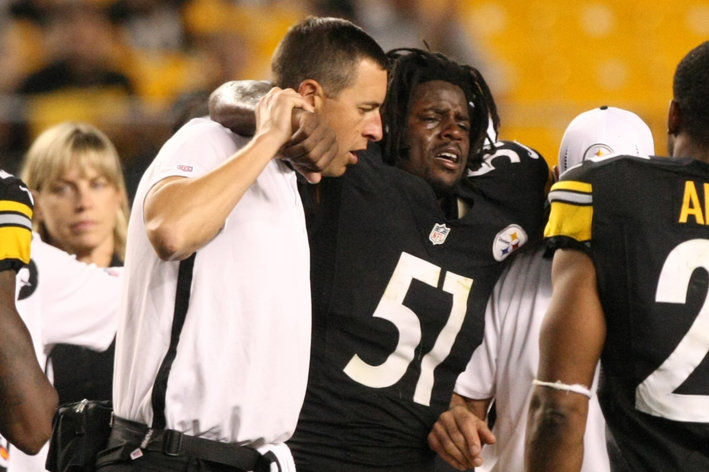 Spence is eligible to be taken off the PUP list next week, and from there, the team has three weeks to place him on their active roster, place him on injured-reserve or release him. The player can elect not to practice as well, but based on the report, it seems both sides are ready to get him on the field.

The Steelers also have tight end Matt Spaeth on short-term IR, and he is eligible to come off that list and practice this coming week. No word has been said whether he will be ready.

TE David Johnson has been playing well in his absence, and the Steelers might elect to hold off on Spaeth. Spence, however, is at a thin position, and might be needed sooner.

More will come from this, but the Steelers, focusing on this weekend's game in New York, aren't likely to make any comment until next week.