Steelers safety Ryan Clark did his media tour because it's the smart thing to do, not because he plans to retire after this season. He just may not have a choice.

Share All sharing options for: Ryan Clark didn't do ESPN tour because he plans to retire next year

Steelers safety Ryan Clark is keeping his name relevant by appearing on national sports commentary shows, like he did earlier in May when he appeared on multiple ESPN shows for a week.

Tribute to Ryan Clark, the Steelers "other" safety 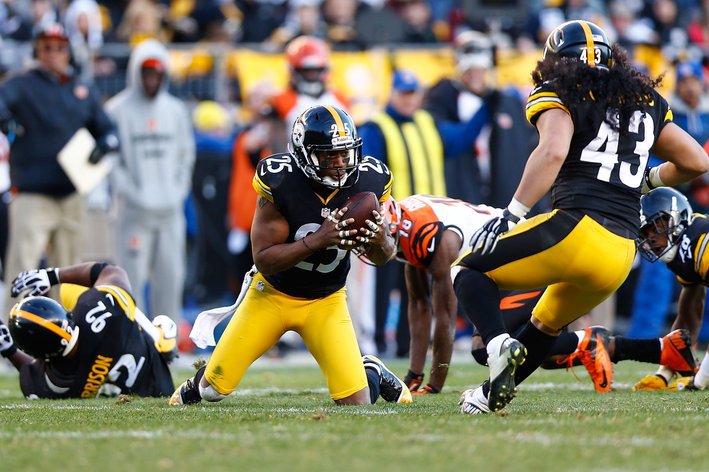 Clark's contributions on the field have often taken a back seat to those of others over the years, his often controversial remarks shouldn't overshadow his many charitable contributions, writes BTSC's Anthony Defeo

His idea, as he told Tribune Review reporter Alan Robinson, was to prepare for his post-football career, but he isn't aiming to quicken the arrival of that time.

"I want to be here. I would love to be a Steeler until I retire," Clark said. "But I don't want this to be my last year. I did the ESPN thing because it's smart to do it. I didn't do it because I'm ready to stop playing football."

Besides, players are often told their careers are over, instead of giving notification to their teams they will no longer play. It only makes sense to have a back-up plan.

One of the few places that can rival the competitive atmosphere of an NFL locker room is the TV studio. Former players battle with each other just as fiercely over few opportunities to speak to a camera about the NFL, and they have to compete against seasoned broadcasters who may lack the NFL cred, but are far more comfortable and smooth-speaking when the camera is on.

So in that regard, of course Clark wants to keep playing. Odds of him continuing to play aren't too long, but him staying in Pittsburgh appear a bit of a stretch. The Steelers are in the process of getting younger on the defensive side of the ball. That process will carry into this season, as well as into 2014. While fourth-round pick Shamarko Thomas could be a better fit playing closer to the line as opposed to back in deep coverage, the Steelers haven't used their safeties in the traditional "strong" and "free" sense since they paired Clark with Troy Polamalu on a full-time basis in 2008.

If this is Clark's finale, and the Steelers begin to make a shift toward a younger deep secondary, perhaps Clark could land a gig on ESPN.

Everyone would tune in to hear what he'd have to say about the Steelers, that's for sure.