The most experienced defensive coordinator in football is still teaching one of the league's most experienced cornerbacks. Dick LeBeau told Ike Taylor he doesn't have an issue with his hands, but a lack of trust in them.

Steelers cornerback Ike Taylor missed his first game action in six years when he broke his ankle in Week 13 of the 2012 season.

On his Trib Live radio show, he said he's feeling good, and is practicing full speed.

In fact, his only issue is dehydration.

"My comfort zone is 1,000," he said. "We have a lot of guys with experience playing together."

"Everybody('s) got to be on the same page, 98 percent of the time. The other one percent is, so we're playing 16 games, two games you might get your ass kicked. One game, you truly might get your ass kicked, meaning it was just one of those games, the offense was hot, they just had our number. The other percent, we kind of killed ourselves, meaning we weren't on the same page. That's why we lost the game. The other two games, close games, things just didn't go our way."

He appears to be aiming for a 12-4 record, judging by his comments.

We shoot for 100 percent, but if we understand one game we're gonna get our ass whooped, and understand that, hey, the other team just might have our number, and the other two games we just lost close games, there ya go."

Worried about the Steelers' passing game? Don't be 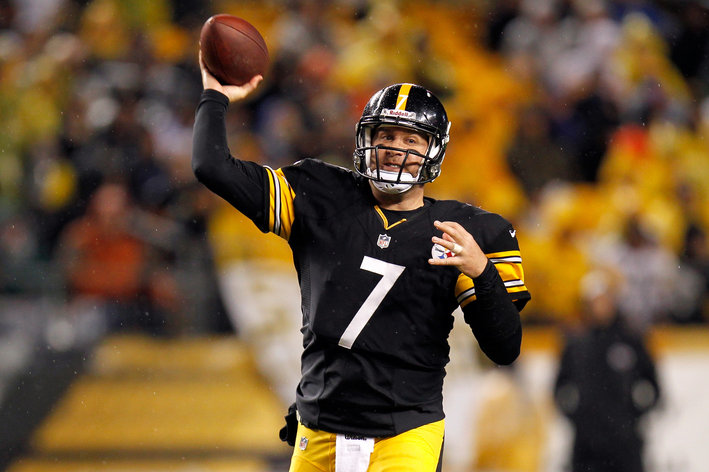 There's plenty to be excited about with the Steelers' passing game this season, writes BTSC's Nicholas Blazevich

A 12-4 season would give the Steelers a win percentage of .750, not .980. Few would mind Taylor's miscalculation if the Steelers finished 12-4, though, and as difficult of a task as that is, the Steelers are better off with Taylor on the field.

Taylor said he wants to test his abilities more this season, as inspired by Steelers defensive coordinator Dick LeBeau.

"He said, 'Ike, hey, you got it...you just need to trust your ability all the time, because you got it.'"

He continued to say "I asked LeBeau, 'coach, what's wrong with my hands. He said, 'there ain't nothing wrong with your hands. You gotta just trust your abilities.

"'Just relax and catch the ball.'"