Former Steelers coach Bill Cowher and an unnamed female are uninjured after a two-car crash Sunday in Manhattan. An intrepid BTSC reader was on-hand and snapped a few photos of the wreck.

Former Steelers coach Bill Cowher is ok after a car crash involving two vehicles - Cowher's and an unidentified female - over the weekend in Manhattan's East Side.

A BTSC reader was on-hand to witness the accident and sent us some photos of the aftermath.

Naturally, we're going to run them.

The second car, reportedly a Ford Fusion, is shown having skidded off the road and into some scaffolding on the sidewalk. Cowher was driving a black Mercedes that was towed from the scene. 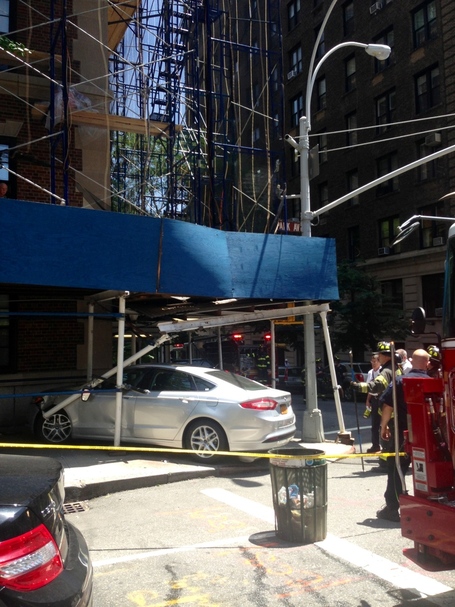 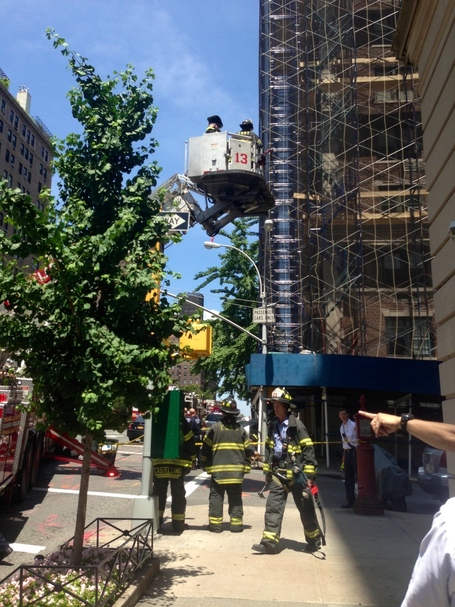 According to media reports, witnesses were amazed no one was hurt in the accident, in which reports say both Cowher and the other driver involved felt they both had the green light. Sort of a key to driving is not only being able to recognize when you have a green light, but also being able to make the connection of what that means for the other drivers on the road. Someone messed up pretty badly. 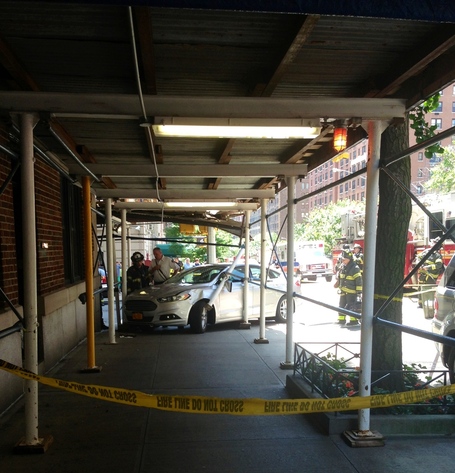 Police and firemen have the area cordoned off, and clearly our readers are intrepid enough to be able to navigate the scene well enough to get some pretty quality footage.

Thanks to Lizzie for the pics, we appreciate it!