Steelers coach Mike Tomlin spoke of safety and recognition of the world in which we live.

Share All sharing options for: Steelers coach Mike Tomlin sends a message on safety in wake of Mike Adams stabbing

Steelers coach Mike Tomlin was asked to speak on the incident that landed his offensive tackle, Mike Adams, in the hospital with two stab wounds.

He spoke generally, aimed at the community, Monday.

Man arrested in connection with stabbing of Mike Adams 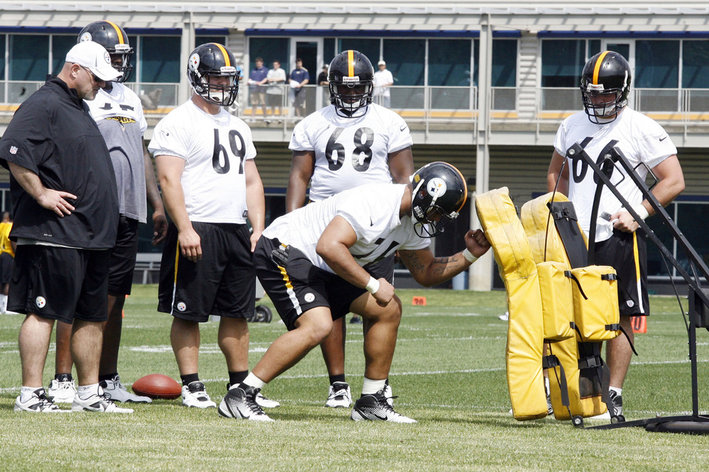 Police in Pittsburgh have taken into custody 25-year-old Michael C. Paranay of Hazelwood, Pa., in connection with the stabbing of Steelers offensive tackle Mike Adams and attempted theft of his vehicle.

As quoted by Alan Robinson in the Tribune-Review: "It goes beyond the team," Tomlin said. "I think as members of the community, we need to recognize that there are some things going on, on the South Side, that make it a dangerous place, particularly after hours. We all need to take proper precautions. Hopefully as a community we will take the steps necessary to assure that this doesn't happen to anyone else, whether it's as a Pittsburgh Steeler or not."

A suspect is in custody Tuesday in Allegheny County Jail, as police continue to hunt for two other men who are said to have been involved.

"He's blessed to be in the position he's in, as we expect a full recovery from him," Tomlin said, as quoted by Robinson. "He's got great team support, family support. He realizes, of course, how fortunate that he is."