The man who has sacked Steelers QB Ben Roethlisberger more than any other player since 2004 hopes his best adversary is able to return to the field quickly - which Roethlisberger is expected to do.

Terrell Suggs' mouth - all 54 inches in circumference of it - grinned widely when he wished Steelers q uarterback Ben Roethlisberger a "speed recovery" Thursday.

Steelers wrap up the 2013 OTAs schedule 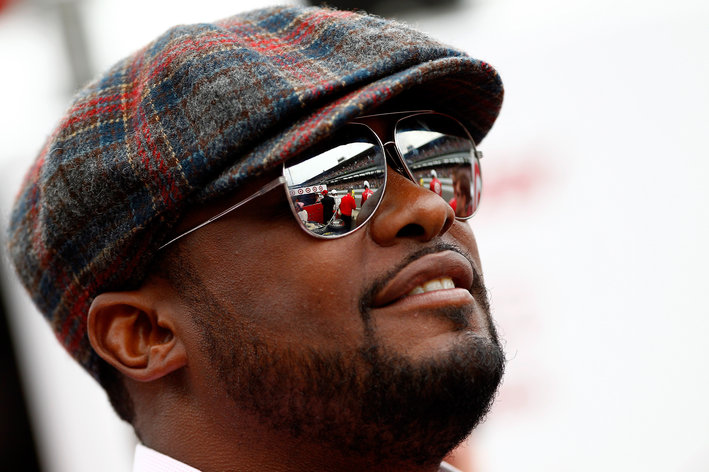 The Steelers finished off their 2013 OTAs and are moving ahead to next week's minicamp, writes BTSC's Steel City Roller

Suggs has sacked Roethlisberger 15.5 times from 2004-11, more than any other player. While sacking Ben Roethlisberger is more tantamount to a defensive lineman's ability to participate in games more than it is indicative of any real skill (he's been sacked more than any other quarterback in the league during that time), Suggs has shown quite the display of horse-like speed and strength.

"You know, it just isn't the same game when the two teams don't have all their parts playing. So you're absolutely right, I do wish him well and I hope for him to have a speedy recovery."

Roethlisberger missed both meetings against the Ravens in 2012, with Baltimore taking the first meeting and the Steelers taking the second. Suggs himself had a significant injury in 2012, partially rupturing his Achilles tendon in the offseason, but still being able to return to the field for the team's Super Bowl run.