Steelers 2013 schedule: At Oakland will continue to be a tough win for Pittsburgh

Looking over the Steelers' scheduled road games for the 2013 season, the 2,000-plus mile trek to Oakland stands out as one of the more difficult games, based on distance and history.

Share All sharing options for: Steelers 2013 schedule: At Oakland will continue to be a tough win for Pittsburgh

The Steelers haven't played well in Oakland for quite a while. It's been 18 years since they last defeated the Raiders in their stadium, the most recently coming just last year.

In one of the more frustrating losses of the 2012 season (and perhaps even the Mike Tomlin Era), the Steelers could not keep the generally anemic Raiders offense off the field - and when they got on the field, they could not stop them from doing whatever they wanted. 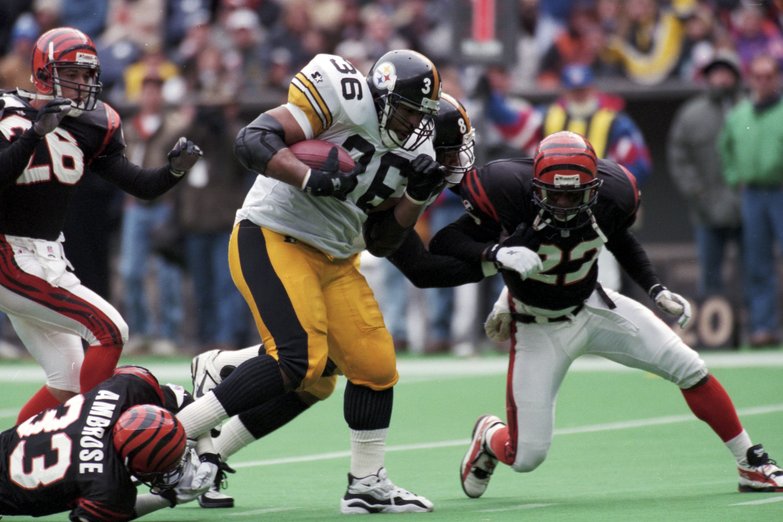 Former Steelers running back Jerome Bettis feels his former team did the least to improve in the division this season.

Except, that wasn't the case.

Statistically, the Steelers completely crushed Oakland in many key areas. They held a 36-23 time of possession advantage, out-gained them 433-321 and were 8-of-14 on third downs. These stats usually suggest a victory, if not a one-sided one.

To Oakland's credit, they held tough through four quarters, and capitalized on two Steelers second-half turnovers. The Steelers defense had not yet gelled to the level they would begin playing at in Week 5, and quarterback Carson Palmer got the better of Ben Roethlisberger, despite Roethlisberger having one of the best individual games of his career (36-for-49, 386 yards, four touchdowns, no interceptions).

The Steelers will play the Raiders in Oakland in Week 8 of the 2013 season, making it one of the more dreaded road games of the year. There's a write-up on the Raiders' web site discussing the long history between the two teams (it may cause eye-bleeding with the quality of what's written...don't say I didn't warn you).

Playing this game at the midpoint of the upcoming season can be considered both a blessing and a curse. The Steelers have started slowly each of the last two seasons, and if they are going to be better by the middle of the season than at the end, it'd be better to play their toughest road game of the year (not including the transatlantic neutral field contest) in terms of frequency of wins at that location when they're more in rhythm as a team.

It's certainly a winnable game, but the Steelers were favorites in both 2012 and 2006, picking up losses in both.