Lions vs. Steelers: Ours will be on the field

The matchup doesn't look great on paper, but the Steelers showed signs of what we're used to against Buffalo -- so which team shows up this Sunday?

Share All sharing options for: Lions vs. Steelers: Ours will be on the field

Okay...looks like the Steelers were able to shake off that embarrassment at the hands of New England. But they still don't really have an identity. Who is this team? Are they the confused and frantic flunkies that lost to the Raiders and Vikings, or are they the defensively sound unit that bottle up the Jets and Ravens?

The answer is clearly: Both. And that sucks, because they'd be in a much more favorable position if they could've played slightly more consistent football early in the season. But this season really isn't over yet. They are just a game behind Baltimore and Cleveland and two games back in the race for the second Wild Card spot, currently led by the 5-4 New York Jets.

The Lions have rebounded well from last year's 4-12 record. They look like the playoff team they were in 2011, thanks in part to more consistent play from Matthew Stafford and the acquisition of Reggie Bush. Good defenses have been able to slow them down, but they move the ball incredibly well. Their defense is ranked 8th in the NFL in rushing yards allowed, though they rank 25th in yards per carry, so they might be susceptible to solid rushing attack if they can't get out ahead quickly.

The Steelers have been two different teams this season. One is a bumbling catastrophe that fans can hardly understand, having never seen a Steeler team as hapless. The other is what most fans expected them to be. A solid, but somewhat flawed defensive team with a limited offensive potential due to a below average offensive line. It's impossible to tell which team will show up for Sunday's game.

Baseball has been transformed by sabermetrics. Basically, they are just improvements on the old stats like RBI and ERA that more accurately measure a player's contribution. The Boston Red Sox (Bill James) and Oakland Athletics (Moneyball) might be the most notable teams to have used these stats to guide their teams to success, but now almost every team has an analytics department. And some teams, like the Houston Astros, have hired analysts right out of the offbeat apparatus of the internet.

Football stat nerds have been hard at work trying to replicate the success these analysts have had in baseball. They've done some cool things, and their work is commendable. Football is more complex to break down since it isn't typically a one-on-one situation. There are many more moving parts. And one-tenth as much data on a season-by-season basis. It'll take a long time for football to catch up to baseball, and they might never catch up due to the dynamic nature of stats. But if you're interested, here are a few sites that do some pretty cool things with number:

*I'm new to these stats, but I'll be reading up and might learn that everything I wrote is untrue.

Ike Hilliard is back 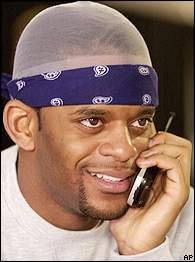 "Tight coverage on the outside by Ike Hilliard," said Rich Gannon in his expert breakdown of Ryan Clark's interception. Perhaps he meant Ike Taylor, but I think this was a slip of the tongue from a well-connected former player. That is not Ike Taylor wearing No. 24 for the Pittsburgh Steelers this season. It is, in fact, former Buccaneers receiver Ike Hilliard...it's either that or Gannon (and his severely bruised brain) is stuck in a glitchy internal time loop where he simply resets on January 1st, 2003 every New Year's.

Definitely one or the other -- pretty sure it's the Hilliard thing.

Those are the week-by-week figures for the Steeler defense's total yards allowed. Based on this set of numbers alone, this is a 6-3 team. Of course, things aren't that simple. And ultimately, yardage doesn't matter if the score doesn't reflect it. The opener against Tennessee was actually one the team's better performances, which seems strange because it didn't feel that way when I was watching it. It felt more like peeling a scab for 3 hours. But these numbers are slightly encouraging, except the New England game. I propose to all Steeler fans the refusal to recognize that game as something that happened in the waking world. That it was the nightmarish result of some bad peyote buttons or spoiled shellfish or something like that.

Pittsburgh is 4th in the NFL against the pass. Only the Patriots have topped 300 yards, but remember, that didn't really happen, so no one has! That could change against Detroit. In the past, Pittsburgh has relied on Ike Taylor to play one-on-one with the opposition's No. 1 wideout. It will be interesting to see how they approach Calvin Johnson. Perhaps something like the Saints relentless bracketing of the Cowboys Dez Bryant?

Chris Gragg's touchdown celebration with three seconds left in a game his team lost 23-10 would've been adorable but for the well-known fact that he is a grown man and not a ten year-old. To be fair, it was the first touchdown of his career, but you have to admit it was kind of funny seeing him hold the ball up and point to the sky a few times, especially since he clearly started his route before the play started. Oh well. 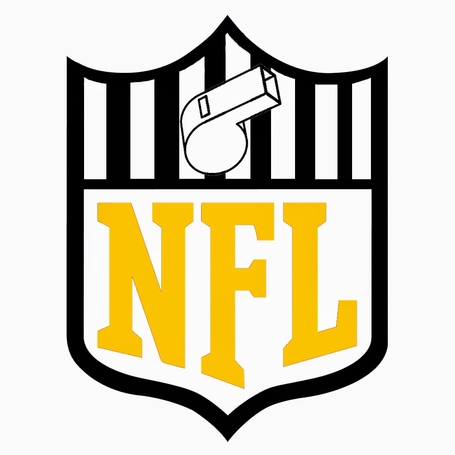 I'm continuing my tantrum from last week on the league's interminable dedication to destroy itself despite a relatively well-reffed game against Buffalo. Last week's game is the exception that proves the rule. And there were still 10 penalties for 72 yards in the game. I was glad to see the game played at decent pace with fewer poorly executed Marcel Marceau impressions.

Character (Ac)counts: Or does it? 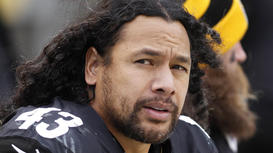 in which the author rambles as usual while exploring the issue of how much character matters in an enterprise in which winning is everything...

It certainly isn't as if NFL referees have an easy job. Not by any means. Memorizing the league rulebook is a pretty impressive feat, so if they forget a rule here and there, cut 'em a break. They're always vilified and it's not exactly fair. But this is the way things are. In order to keep things on an even enough keel to continue making boatloads of money (and probably at least a little actual heartfelt concern), the league has to rabidly enforce player safety. Which is good for the players, of course, but bad for the game in the sense that it devalues the thing these human beings are risking their brains to create. It punctuates nearly every play with a flag and there are still countless injuries that often times look horrendously painful.

Joe Paterno once said the league could cut back on helmet-to-helmet hits by going back to old leather helmets. No one is going to want to use their own head as a weapon with one of those on. Some people wrote it off as a joke. I don't think he was kidding. Actually, I think he was exactly right. Equipment developers are spending tons of money on improving helmets to prevent brain injuries, but there's not much they can do since the inside of the skull is where the damage is happening.

During the space race in 60s and 70s, NASA spent a ton of time and money on developing a pen that would write in zero gravity. The Russians used a pencil.

After Ian Rapoport's repoport that Roethlisberger would request a trade in the offseason, Ben called the story "unacceptable" and "B.S." He also said he'd "retire before accepting a trade."

Okay, man. We get it. Don't do the whole Thou doth protest too much thing, though. Just shrug it off as nonsense and move on.

It seems like Ben is still trying very hard to procure a positive image in the media. Requesting a trade would be bad for that design, so he shot it down with extreme prejudice. It definitely makes sense. The Steelers have given him tons of money, and more importantly, they stood by him through his legal trouble -- at a distance, but they were still there. Ben has handled it as well as anyone could really be expected to, but hopefully someone on his PR team tells him to let this one go now.

I'd like to think the good Steelers show up to this game, but the Lions match up well with Pitt's defense. It's going to be tough for a team that didn't come close to containing Rob Gronkowski to find a way to limit Calvin Johnson and Reggie Bush simultaneously.

But honestly, who knows? Sometimes this defense has looked pretty damn good, so I wouldn't put it past them to have a fantastic performance and come out of Week 11 4-6. But since they have struggled more than they've triumphed, I suppose it's more likely that they struggle.