The man needs a job. Regardless of how his career turned out after leaving Pittsburgh, he's immortalized among Steeler Nation. But that won't get him a contract.

Share All sharing options for: A return of Santonio Holmes seems far-fetched but can't blame him for trying

When we wrote Thursday night about a Tweet Santonio Holmes' account sent Ben Roethlisberger's, we expected the kind of reaction it got.

To summarize in descending order from most to least popular responses, "no way, no chance, no thanks and it could happen."

Holmes has played in 24 games the last three seasons, two with the Jets and in 2014 with the Bears, where he appeared in nine games, catching 14 passes. Injuries have held him back, going all the way back to 2012. Despite that, he managed to secure a 19.8 yards per catch average on 23 grabs in 11 games.

Or, kind of like Martavis Bryant, but without the touchdowns (the rookie had eight this past season, Holmes had one).

It's fair to say Holmes' career now depends on the injury of another player. With shaky health of his own, he's not going to get an opportunity unless another receiver is injured, and it probably won't happen until training camp. 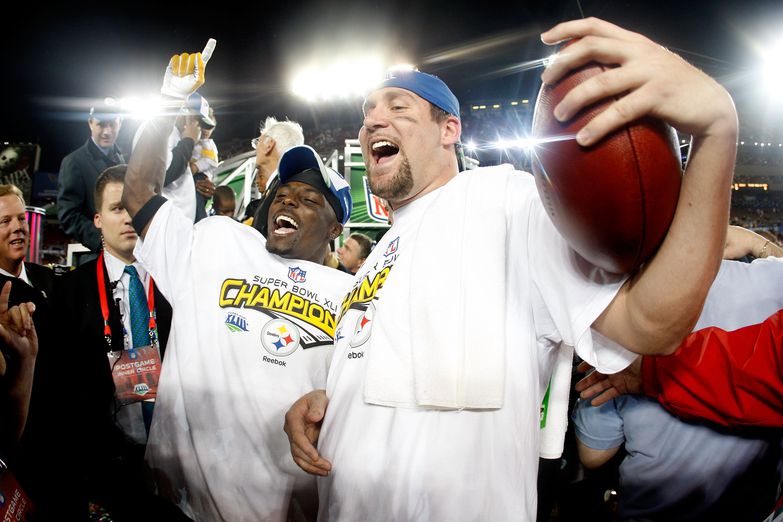 It would seem, heading into free agency and the draft, the Steelers will have a need to add a receiver to the bottom of the position's depth chart, and it's common for the team to want to employ a veteran in that position; one who isn't going to have an issue with a lack of playing time and targets, but to be prepared to fill a spot in case of injury.

Holmes, who has shown high-level ability in his career, is a shadow of the excellent all-around receiver he was in Pittsburgh. The fact he was traded from the team a season after what ended up being by far his most productive doesn't help anything either.

It wasn't just the suspension for a failed drug test (and brazen display of morning marijuana inhalation via Twitter). Holmes was reportedly upset over the lack of contract extension being offered from the team that suspended him for a game for a marijuana possession arrest in 2008.

He got what he wanted with the Jets, he got hurt (the dreaded Lisfranc injury) and his career went the way of so many other talented-but-injured players.

Holmes's career may get back on track. There were whispers in New York he was milking his rehab in 2013,knowing he'd be released in 2014. He was, and was subsequently signed by the Bears in August due to an injury suffered by Marquess Wilson.

The Bears were humiliated by the Packers 55-16 in Week 10, and Holmes was released. The loss wasn't his fault, but his contract was sacrificed at the alter of a flailing coaching staff and front office, most of whom would be replaced in the offseason. The lack of production can't really be viewed as anything but his own doing. Eight catches for 67 yards - an off game for Antonio Brown - is all Holmes managed in his nine games with the Bears.

Bringing him back now for a last-ditch chance to revitalize his career sounds intriguing on the surface, and even though the Steelers will release Lance Moore and his $1.5 million salary in 2015, bringing Holmes in at a veteran minimum (a little more than half that) is still a drain of cap space.

Tweeting Roethlisberger asking to re-live past glory won't change that.