NFL Draft Prospects: Anthony Barr a man among boys, but still raw as an onion

The combination of explosive athletic ability and length make Anthony Barr one of the most potential-laden prospects in this year's draft. With the top of the first round being chock-full of outstanding prospects, it's not impossible he falls a few spots due his lack of polish as a player.

Share All sharing options for: NFL Draft Prospects: Anthony Barr a man among boys, but still raw as an onion

Two things stand out when watching UCLA outside linebacker Anthony Barr on film.

He's a glider - the kind of athlete who moves so fluidly it appears he's barely trying while others around him struggle with the simple action of moving oneself through air, and he's a raw onion.

The first solidifies his place as truly one of the top prospects of the 2014 NFL Draft. The other makes one wonder where he might end up being taken in that draft. 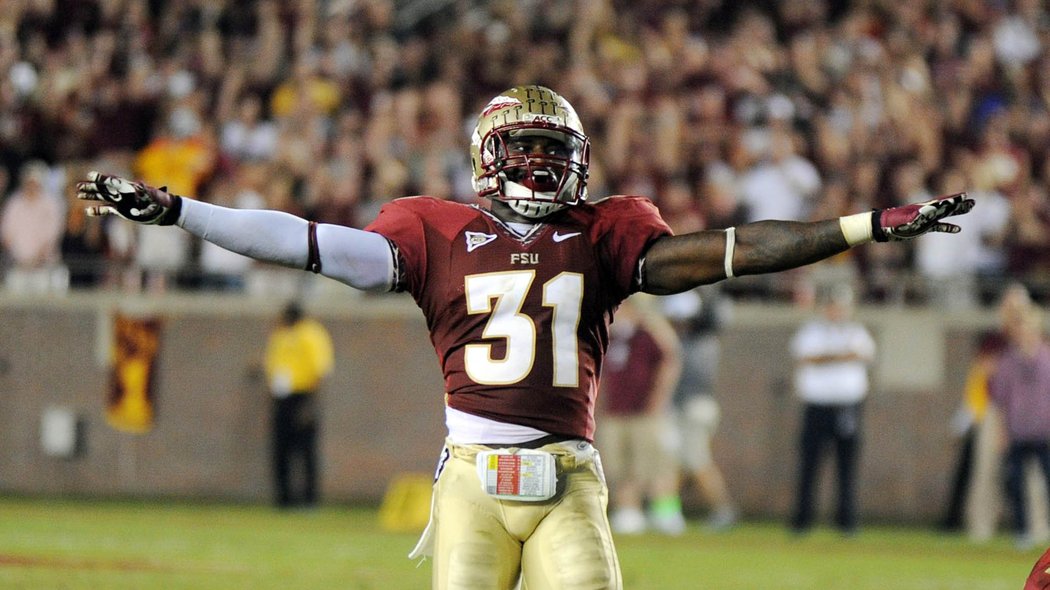 Check out the GIF breakdowns of draft prospects compiled this offseason leading into May's NFL Draft.

After something of a disappointing performance at the NFL Scouting Combine (most notably just 15 reps of 225 pounds on the bench press), it's possible, albeit not entirely likely, Barr falls a bit from initial projections that landed him in the top five.

If nothing else, he's incredibly fun to watch, and with a ceiling as high as nearly any other player in the draft, he makes for interesting projections as far as his career path.

His instincts meet with his explosive get-off speed at times and he's a man among boys, to use a cliche.

It takes Barr a split second to recognize the play Nebraska is running in a game during the 2013 season, but when he does, he adjusts his path two separate times, and still manages to close on the quarterback quickly enough to swat the pitch attempt to the ground. His length helps him on this play, buying himself a way to close the gap a moment sooner than other players, giving him the potential to post elite level hurry numbers.

The Bruins used Barr in coverage on tight ends fairly often, and you can see some of his relative inexperience in that department. He still has that explosion, though, and good instincts playing in short space. He's lined up on the tight end in the slot, and immediately sees the route the tight end is running. While he has a slight miscalculation as to where the receiver will end up with the ball, he adjusts very quickly, and ends up making a strong tackle, driving the bigger player down after a minimal gain to set up a third and long situation.

The rawness is still dotted in his film, though. For as powerful a player as he is, sound technique and patience from quality offensive tackles stopped him, very similarly to what we saw of Steelers OLB Jarvis Jones in his college film at Georgia.

He makes a burst move against Washington's left tackle in a game last season, and is stymied due to the tackle's balance and angle. You can see the separation the tackle gets on Barr, and the quarter second of time after Barr's initial rush, as the tackle resets himself. Barr has no counter move. He's lost the ability to get past the tackle, and has nothing left.

The quarterback has nothing else to do but sit in a comfortable pocket and make a big throw down the field.

While the development of that counter move has to be a top priority for the coaching staff of Barr's future team, it certainly isn't a fatal flaw. Strong coaching and his natural development will help him immensely, giving Barr a good chance of being an outstanding player in this league at some point.