Rules of OTAs within the NFL

Nearly the entire NFL begins Organized Training Activities (OTAs) this week. There are rules teams must follow, to be compliant with the league. Here is a list of those rules.

Share All sharing options for: Rules of OTAs within the NFL

Organized Training Activities (OTAs) are voluntary. Fines are not issued for absences, and players missing these sessions are not viewed as disruptive - unless that player is Mike Wallace, who's reportedly going to be in attendance with Miami's entire offseason practice schedule.

There is no direct contact permitted but OTA sessions include on-the-field coaching. Helmets and elbow and knee pads are allowed but OTAs are not "fully padded" practices. Basically, players can bump into each other, and incidental contact isn't a worry.

Players cannot compete against each other in a 1-on-1 manner, i.e. a cornerback against a receiver or a running back blocking a linebacker in a drill specifically designed for that purpose.

Practices run on the field for no more than two hours, and no more than six hours per day can be spent on team activities. 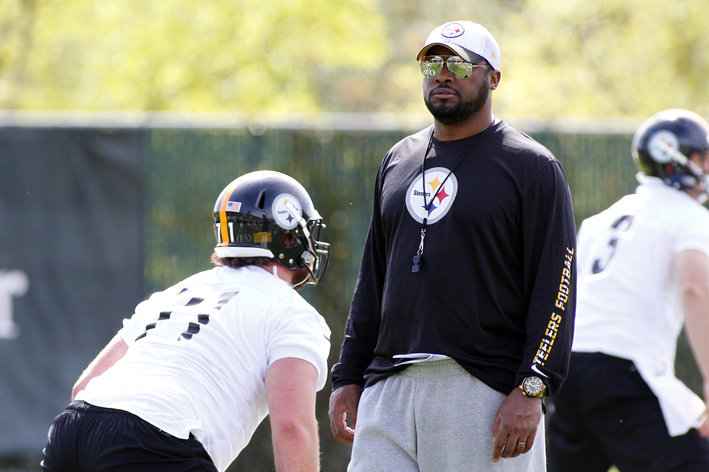 Teams must film all OTAs, and keep that film on file through the end of October.

Teams and head coaches are held jointly responsible for the following and enforcement of these rules. Failure to comply results in the loss of the next OTA session on the first offense, and another week lost and a fourth round draft pick for a second offense.

According to the CBA, a team and its head coach "are jointly responsible for any conduct in violation" of offseason workout rules, and fines can be levied by Commissioner Roger Goodell if necessary. For a first upheld violation, head coach can be fined up to $100,000, with a club fined as much as $250,000. However, the commissioner can wave fines or impose smaller penalties depending upon the nature of the violation.

In the event of a workout rules breach, a team will lose its "next scheduled week of OTAs," per the CBA. A second workout violation in the same league year will cost a club a fourth-round pick in the next draft as well as another week of OTAs.