5 Things we learned in the second session of Steelers OTAs

The Steelers concluded the second of three rounds of practices Thursday in Pittsburgh, here are a few storylines emerging from the team.

Share All sharing options for: 5 Things we learned in the second session of Steelers OTAs

Here are a few things we learned from these sessions. 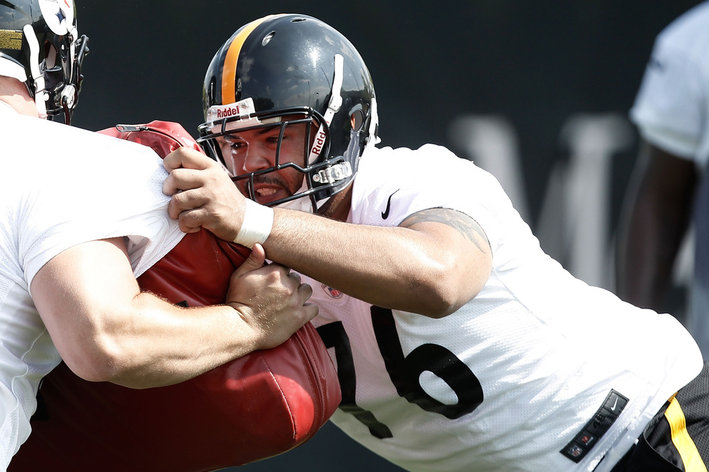 A quick recap of the headlines of the Steelers' second OTAs session in Pittsburgh.

It appears at this point the team is more interested in keeping Marcus Gilbert installed as the team's left tackle, and Mike Adams as the right tackle.

Is this good or bad? Perhaps both decisions are the correct ones. It can be argued there's a rising value for right tackles in the game today, countering multi-faceted and specialized pass rushers who move all over the formation. It's not a foreign concept for teams to move stud pass rushers around the defense to exploit match-up advantages.

Mike Adams' best film from 2012 came when he was on the right side. But if history tells us anything, it's that the depth of this unit will be tested, and Adams will get snaps on the left side at some point.

Optimism along the offensive line

The idea of running outside zone is becoming a hot topic of conversation and much of it centers around the idea of an uber-athletic offensive line, and how it's beginning to gel together. Second-year guard David DeCastro and his development will be one of the biggest storylines at the start of training camp.

Steelers defensive end Brett Keisel is now the oldest starter on the defensive side of the ball. He's putting his leadership ability to the task. Will he be able to fend off third-year DE Cameron Heyward?

The emergence of Al Woods

There was talk among fans over whether the team would consider using defensive end Ziggy Hood at nose tackle this season. While there haven't been reports of that happening, the team gave second-team reps at nose tackle to Al Woods, a veteran journeyman who has appeared sparingly for the Steelers in the past.

He's an outstanding weapon in an offense that rewards versatility. Shifty and quick, he can handle coverage duties along with being a vital part of specialty packages, including the Steelers no-huddle offense. Is he a jack-of-all-trades, master of none? Or is he going to be utilized extensively this year? Another interesting subplot that will develop as the offseason program continues.

The Steelers will begin their final OTAs June 3, wrapping it up June 6. Full team minicamp is scheduled for June 11-13.