While there may still be question marks in several slots on the depth chart, no one is questioning the mindset of the players on the roster, or why they are there.

Share All sharing options for: Steelers most-important acquisition of off-season was team-first mentality

It has been a grueling roller-coaster off-season for those who follow the Pittsburgh Steelers. Many feared free-fall as aging veterans seemed to be shuttled out the door to make room for unproven replacements. Some struggled to watch players slip away in free-agency, and a few felt frustrated with the team's renewal of players from the past.

While fans were wrapped up in individual players, the Steelers were not interested in individualism. They wanted their TEAM back.

"That's why we're a team. Together Everyone Achieves More." - Steve McLendon

Multiple reports have spilled through the confluence, citing players working out together, motivating each other and embracing this off-season as one collective unit. Not that players training together is a new concept, but it is the level of camaraderie, sincerity and trust which has improved.

Last season, frustrated receiver Mike Wallace held out of the Steeler's entire off-season program, including training camp and the preseason. He was working on his own to stay in shape, even spending time with Ike Taylor and Tom Shaw; however, the pairing of Taylor and Wallace could have been an early glimpse of the opposing sides of the perceived fracture described by players following the 2012 season. 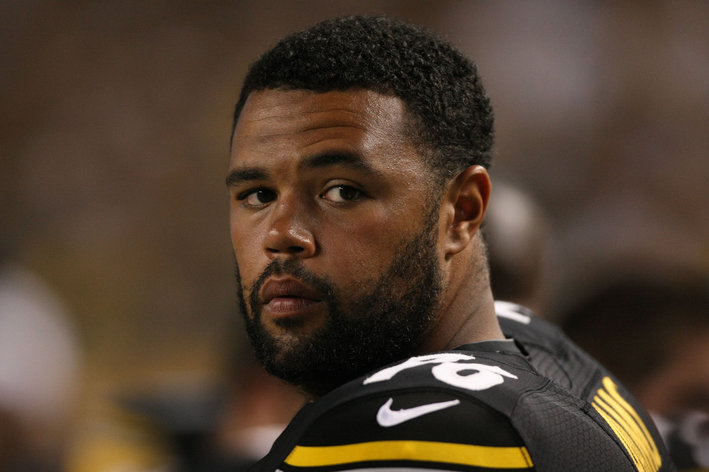 If there is any question as to why Emmanuel Sanders seems to stick out like a sore thumb when he is interviewed about his contract situation; it's because he's one of the few still talking about "I". The same reason Ryan Clark's stint on ESPN held headline space for most football publications. They stood out because everyone else had already assimilated to the attitude adjustment set forth by the front-office and the coaching staff.

When was the last time Antonio Brown uttered the words "young money crew"? No one can blame young men fresh out of college for their infatuation with the lucrative possibilities an NFL life represents, but eventually young men grow up. Brown still showed spats of immaturity, like his 30 yard moonwalk on a kick return against the Washington Redskins; but he was the first player in the training facility once the Super Bowl was over. Perhaps there is a reason he was the only member of the trio to receive an extension prior to his final contract year.

Sanders was able to fetch an offer from the New England Patriots, which the Steelers felt inclined to match. Technically, he profited from the ordeal for about $1.2 million; but he may have sacrificed part of his relationship with the Steelers to do so.

Harrison earned a decent living for an outside linebacker who almost never made it, but his aging knees were putting the Steelers in a difficult place because of the NFL's salary cap. When he was approached with a contract renegotiation which would have decreased his salary by a reported 30 percent, he declined and accepted his consequential release. Harrison eventually found a home with the Cincinnati Bengals, but for less than his pay-cut would have earned him.

Max Starks and Casey Hampton did not want to be backups. Keenan Lewis wanted to go home. Rashard Mendenhall wanted to feel wanted, even though the Steelers wanted him enough to take him in the first-round of the 2008 draft and eventually release Willie Parker. Priorities in Pittsburgh were all over the place, and very few of them were focused on football.

Highlighting the news and notes from around Steeler Nation

Most of the Steelers off-season activity has been rebutted with snide snickering and sighs of surrender, but in the end Pittsburgh got what it needed most, exactly what was missing last season. Pride. Unity. The want to uphold the standard. The want to be a Steeler because of what it represents, not how much it pays.

Why don't the Steelers sign receivers to $100 million dollar deals? Because they have a franchise quarterback who is still underpaid by his peers' standards, and because they do a better job of spreading the wealth across the roster as a whole. Larry Fitzgerald and Calvin Johnson bring home tons of bacon, but average salaries across the rest of their respective rosters take a significant decrease as a result. The Steelers may have been in tight financial quarters over the past few seasons, but they were paying a lot of quality talent and competing for championships.

Wallace didn't see the money he wanted from Pittsburgh because he either came just a little too late, or way too soon. The team was already on the books to most of their defense and their quarterback. The team wasn't going to be able to pay him until some of these guys retired over 2013 and 2014. He didn't want to wait at a reduced rate for sake of the team, nor did James Harrison.

The Steelers sought the root of their problem and found it. Players must look our for their personal well-being, but the teams must operate as teams to earn team accolades. A group of individuals does not a team make.

Now, OTA news is full of players willingly trying new positions for the sake of the team. Starting positions are filled with guys like Ramon Foster, who had zero interest in playing for another team as an unrestricted free-agent. What a young offensive line has been lacking in results, it has been making up for in chemistry as they continue to train and grow as a unit. McLendon may be a first-time starter this year, but one of the reasons he has come this far is because even as a backup, he prepared as if he was starting because he had to be ready when his number was called.

Will Johnson worked three-jobs while staying in shape, just for the chance to attend a pro-day workout not knowing an NFL starting job awaited him there. Shamarko Thomas has already been tempered by the fires of life, and shown the strength he wields as a result. Jarvis Jones and Sean Spence want to prove wrong those who said they couldn't. Suddenly, the roster is full of young men who have exhibited the ability to overcome adversity. Men who can keep their priorities straight. Guys who will always put the team first, because at times the team is all they've had. They understand the importance, and appreciate every opportunity.

The face of the team may continue to change, as more decorated veterans walk away over the next season or two, however the last few out the door will be able to look back and see things are much like they remember them to be when it was their battle to fight. A team taking on and knocking down anyone who stood in their way - as a team; like Harrison's 100-yard interception return in Super Bowl XLIII. Guys willing to step on heads to reach their goal. Guys willing to fight for those six-inches in front of their face, for the guy beside him.

Pittsburgh added some new parts to take the place of some which had begun to rust, and removed others which simply refused to operate as part of a larger mechanism; but the single most important acquisition of the 2013 off-season, was the Steelers got their team back.