A day in the life of Steelers rookie Le'Veon Bell

Dan Rubenstein of SB Nation spent time with Steelers rookie running back Le'Veon Bell recently at the 2013 NFLPA Rookie Premier. Bell's career is bright, he just isn't sure which shoes he wants.

Share All sharing options for: A day in the life of Steelers rookie Le'Veon Bell

The Pittsburgh Steelers added punch to their running game in this year's draft with the selection of Michigan State standout Le'Veon Bell.

SB Nation's Dan Rubenstein spent the day with Bell and fellow NFL rookies at the 2013 NFLPA Rookie Premiere, and asked the bruising back about his transition to the NFL, what he plans to buy with his first NFL paycheck, and more. 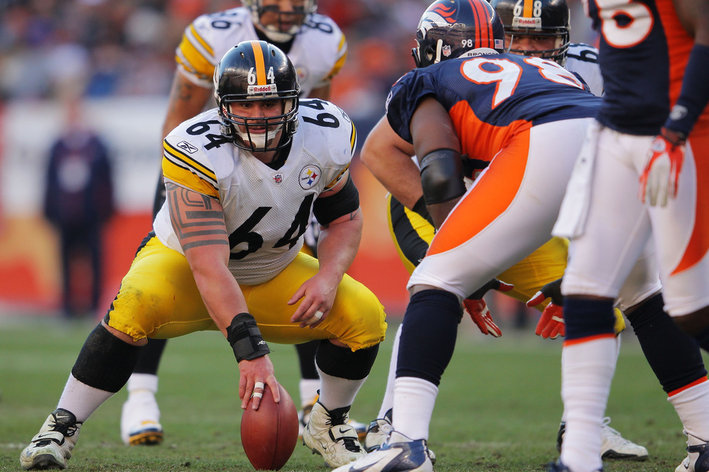 "It's an honor," he told Rubenstein of being drafted by the Steelers. "My family grew up hardcore Pittsburgh Steelers fans. My family just got ecstatic."

Bell looks to figure into the Steelers' offensive game plans in his first year. Competing against Jonathan Dwyer and Isaac Redman for carries, it wouldn't be a stretch to suggest Bell could lead the Steelers in rushing yards and carries this year.

A big year from a Steelers running back would be a welcome change from a large dropoff in rushing yards from 2011 to 2012. The Steelers rushed for 1,537 yards in 2012, down from the 1,903 they had in 2011. They let 2008 first round pick Rashard Mendenhall walk in free agency, while giving Dwyer and Redman $1.3 million tender offers in restricted free agency, all before drafting Bell in the second round - the highest drafted Steelers running back since Mendenhall, who signed with Arizona.